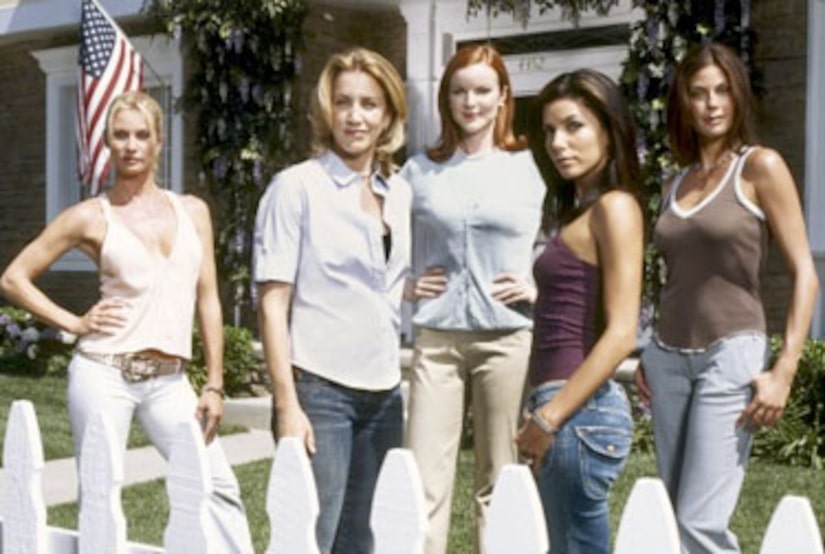 Marcia Cross is back after giving birth to twin girls in February.

And Marcia revealed she might have that glow for a long time!

Nicollette Sheridan told “Extra” exclusively that no one should be surprised to see Edie as a wedding crasher!

“Edie's at a wedding at the end of the finale,” Sheridan revealed. “She's a bit of an upset guest. I can't tell you much more than that – but it's going to have some jaws dropping.”