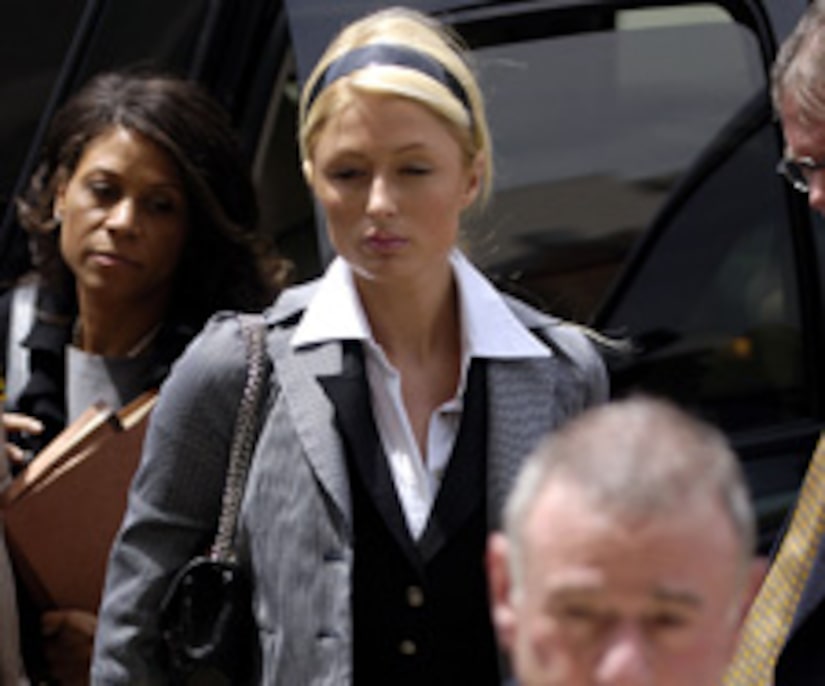 Paris Hilton is imploring everyone she can to help her spring out of her 45-day jail sentence…even the Governator!

Paris, who heads to county jail in less than a month, is pleading with California Governor Arnold Schwarzenegger to grant her a pardon.

Appalled by what she calls a “cruel and unwarranted” sentence, she is asking her fans to sign a petition that would be sent to the Terminator in the hopes he will terminate her punishment.

But on Monday night, the soon-to-be jailbird was still playing the role of party girl.

“Extra” found her returning home in the wee hours of the morning after clubbing in Hollywood!

Her fired-then-rehired publicist Elliot Mintz was there to make sure the pampered princess got home safely.

If the petition turns out to be hopeless, Paris will have to get used to getting up at the time she usually comes home from clubbing.