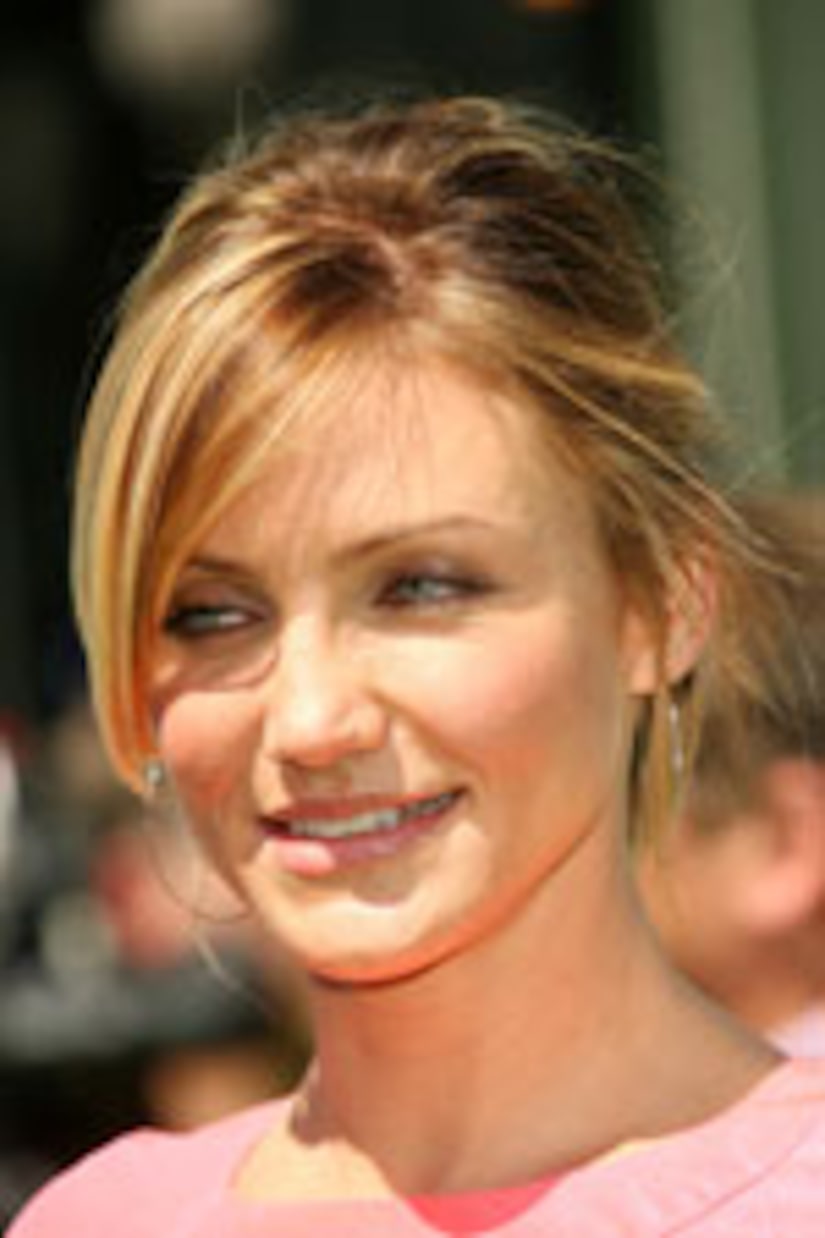 Beautiful Cameron Diaz has gone green once again as Fiona in "Shrek the Third," but this time around a lot has changed for Fiona - she has triplets!

But don't expect this mega-watt star to follow in her character's footsteps any time soon.

In an exclusive sit down with "Extra," Hollywood's hottest bachelorette revealed there aren't kids in her immediate future.

"Well, it's safe to say I'm not going to be popping any little green bald-headed ogres out at any time very soon," she said.

But what would the 34-year-old beauty, who recently split from longtime beau Justin Timberlake, think about following the lead of famous moms Angelina Jolie and Madonna by adopting?

"Everybody should be open to it," she said. "But not me. I'm not going to literally say it...I said I was open to the idea."

The only mom on Cameron's mind right now is her own - and an emotional Cameron gushed about her mother on the eve of Mother's Day.

Cameron also revealed that she has reached a truce with those pesky paparazzi who stake her out at the gym, snapping pics of her in sweats.

"They're perfectly respectful, which I appreciate," she said. "You know, it's better than just being hunted down all day."

The animated version of the gorgeous Cameron hits theaters May 18 in "Shrek the Third."