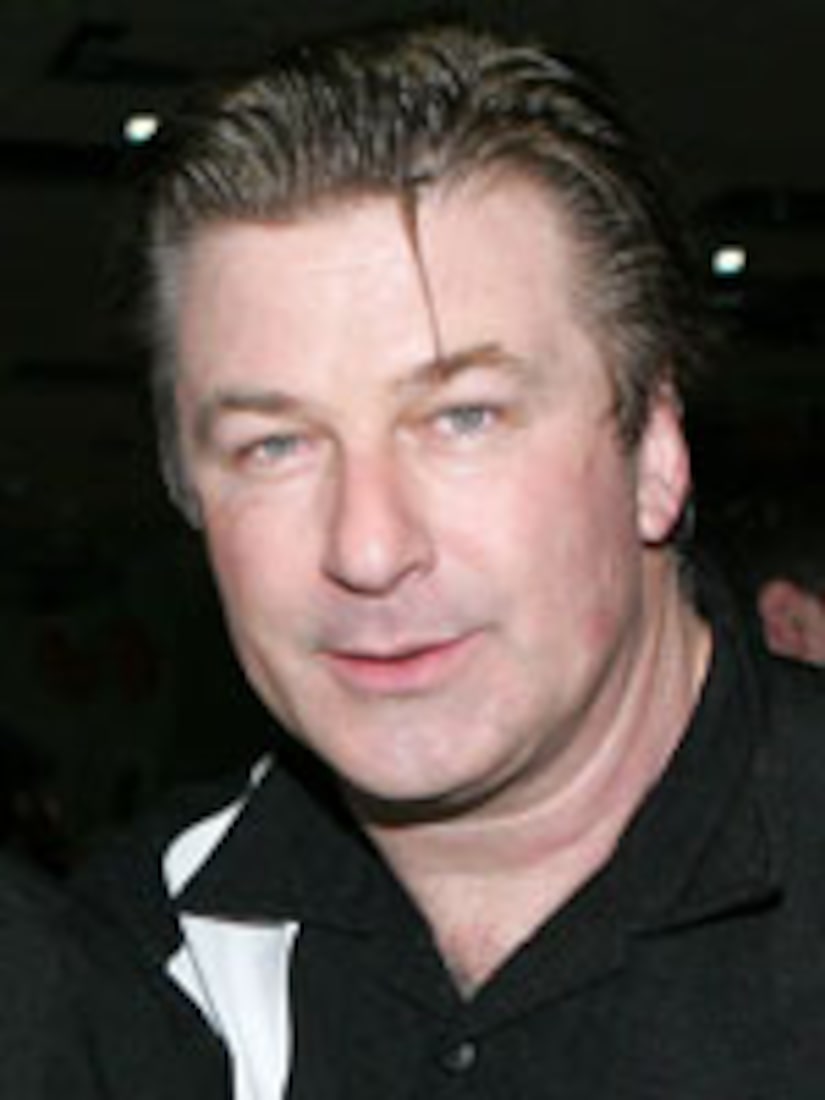 “Extra” spotted Alec Baldwin just hours after his explosive telephone tantrum to his 11-year-old daughter Ireland was heard from coast to coast.

“I am going to get on a plane, and I'm going to come out there for the day, and I am going to straighten you're a** out,” he threatened his only daughter with ex-wife Kim Basinger.

However, when Alec appeared on Letterman the same day he left the voicemail, he gushed about Ireland.

When Letterman asked how she was doing, he replied, “She's great.”

On Friday, Harvey Levin, managing editor of TMZ.com, which broke the story, told “Extra” what may have led to this father's fury.

And this just in to “Extra”: we've learned that Alec filed a motion in L.A. on Friday for a hearing to find out how the tape got out!

On his website late Friday, he told his fans, “I am most saddened that this was released to the media because of what it does to a child.”

Meanwhile, “Extra” is first with the news that since this message was left, Alec has spoken to Ireland.

Baldwin's spokesman tells us, “He apologized to Ireland a week ago; he knows he was wrong.”

Alec was supposed to visit Ireland in Los Angeles Friday, but because of the voicemail leaked to the press, an L.A. judge has temporarily suspended Alec's visitation rights.

What's more, Alec has spent a cool $1.25 million in legal fees over the past six years and is currently writing a book about divorce.

He also recently told “Extra” how painful the legal process has been: “A real ugly, very filthy situation, which is not my favorite place to be.”

“This is the nastiest divorce I've ever seen,” Levin told us. “This is the war of the roses on steroids.”

While Alec longs to get his daughter's attention, “Extra” has learned that the fate of his visitation rights are now up in the air; another hearing is set for May 4th.
Click here to view the entire document