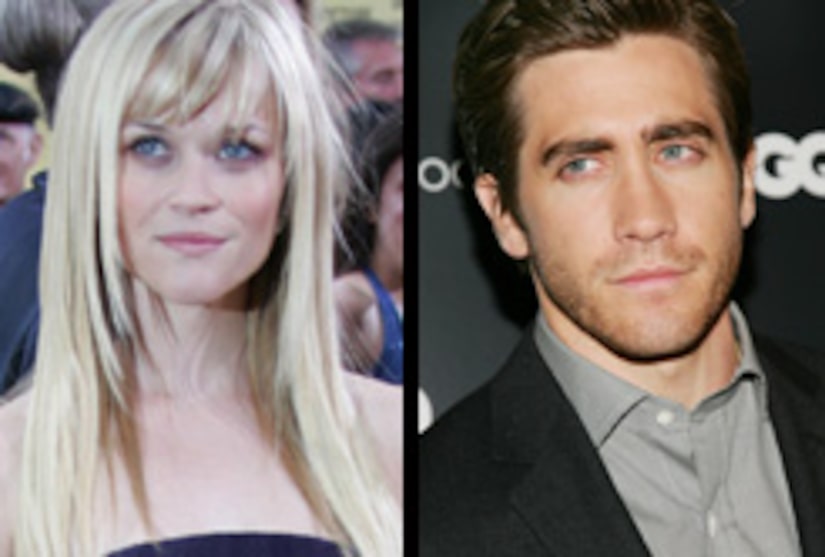 “Extra” spotted a radiant Reese Witherspoon setting the flashbulbs on fire in Beverly Hills Monday night, as she grabbed dinner with the girls.

Meanwhile, Us Weekly reports that Reese's secret relationship with one of Hollywood's most sought after bachelors is a secret no more!

"Reese has always thought Jake is the perfect gentleman," the mag dished.

The mag's Carolyn Schaffer revealed it was the newly single Reese who wooed Jake.

Their chemistry reportedly ignited on the set of their new movie “Rendition,” but the magazine said Jake was hesitant at first because of the ex-factor, Ryan Phillippe.

While any qualms have been put aside, Reese and Jake are said to be taking it slow; “Extra” has learned that she reportedly hasn't even introduced the hunky superstar to her kids yet, calling that introduction “too sacred.”