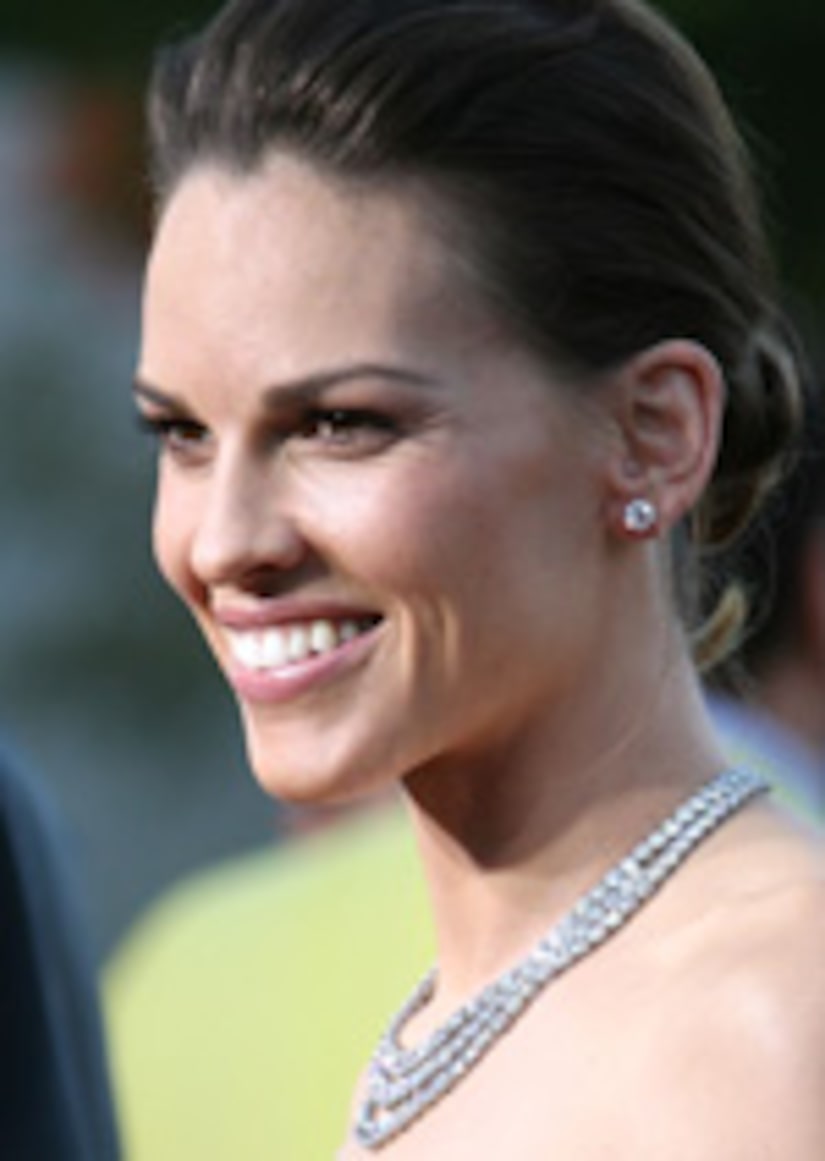 Hilary Swank was swept off her feet in Italy over the weekend.

He was wearing one of the actress' skin cancer awareness T-shirts as they took in the sights, including George Clooney's Lake Como estate.

The couple first went public with their romance last August, but the question remains: are wedding bells in Hilary's future?

“You know maybe,” Hilary said of giving marriage another shot. “Maybe if the right guy comes along.”