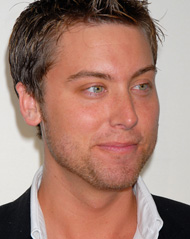 Former ‘N Sync boy-bander Lance Bass is set to reveal everything “about his life, his music and his sexuality” in the soon-to-be published memoir, “Out of Sync,” his publisher Simon Spotlight Entertainment confirmed in a statement issued on Wednesday.

In the telling book, Bass will dish on everything from his childhood in rural Mississippi and his ‘N Sync heartthrob heyday to his 4-month stint in Russia as an aspiring cosmonaut -- a dream that was never achieved due to lack of funds.

However, the main focus of “Out of Sync” will be Lance’s struggle to hide his homosexuality, a secret he kept hidden until July 2006.

“Out of Sync” hits bookstores in October.