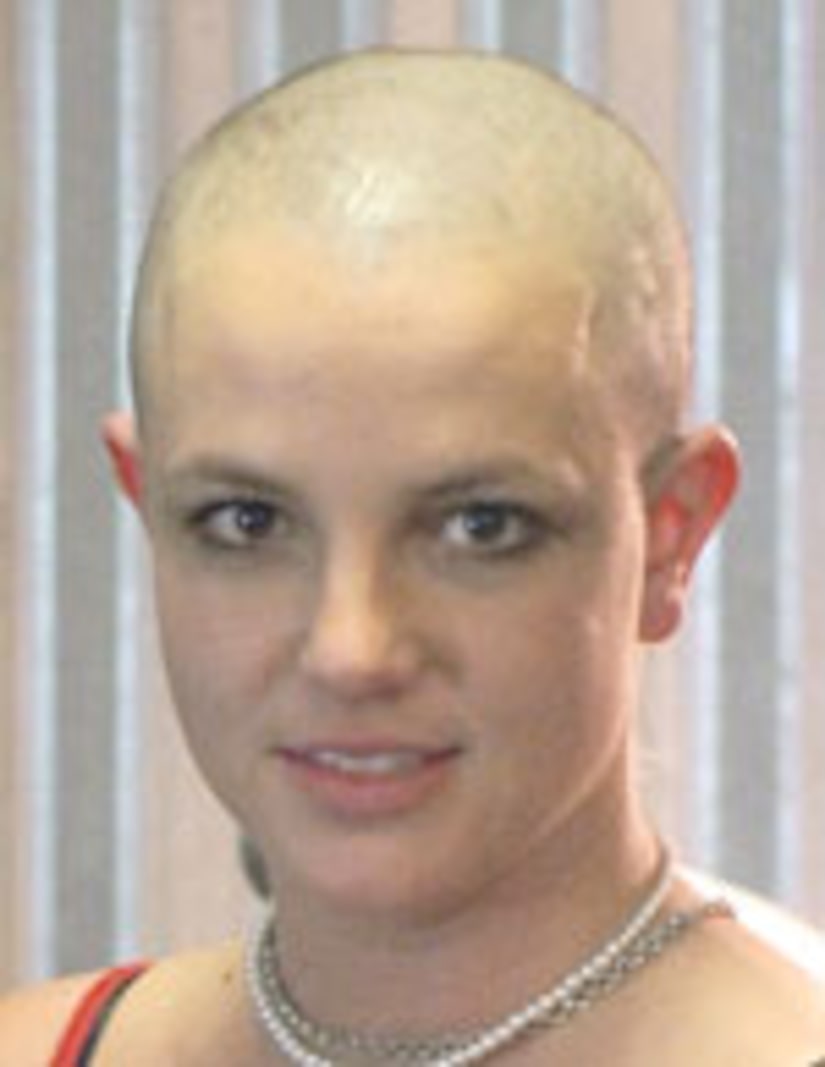 “Extra” got the breaking new details on Britney's wild weekend before entering rehab at the exclusive Promises rehab center in Malibu.

Britney was snapped at L.A.'s famed Mondrian Hotel in a borrowed bikini and with two new friends she just met; and the strange new snapshots, which were taken just hours after Spears shaved her head, have found their way into this week's Us Weekly magazine.

Brit, wearing a bra, panties and wig, met the bathing beauties in the bathroom at the Mondrian after she couldn't get her own room.

“One of the women said, 'Why don't we go back up to our room and I'll lend you a bathing suit,” dished Us Weekly's Caroline Schafer.

And that's when the party started.

"Then she raided the mini-bar," Schafer said. "Had a few drinks, went back to the pool and had a few more drinks.”

Days later, Britney checked in, and then out, and then back into rehab; she has since stayed put at Promises for her third and final attempt just hours after a bizarre umbrella rampage against the paparazzi.

In the now infamous shots, Brit went berserk and attacked a paparazzo's car right after her estranged hubby Kevin Federline refused to allow her to see their kids.

“He realized that she had to hit rock bottom and really realize that she needed to get help before he could allow her to see her sons,” Schafer dished.

Us Weekly revealed that K-Fed is using tough love not only to save Britney, but also his marriage.

“Kevin has been devastated during this time for Britney. It's been such a struggle, he's been crying. He loves her and supports her and he really actually wants to reconcile with her,” Schafer revealed.

Us also reports Kevin has the support of Britney's mom Lynne, who “Extra” has learned also called Brit's first love, Justin Timberlake, to update him on her daughter's condition.

So what is eating away at Britney Spears?

On Tuesday, TMZ.com reported that Britney's rehab doctors suspect she could be suffering from post-partum depression. She is now reading Brooke Shields' book documenting her own battle to see if the feelings ring true.