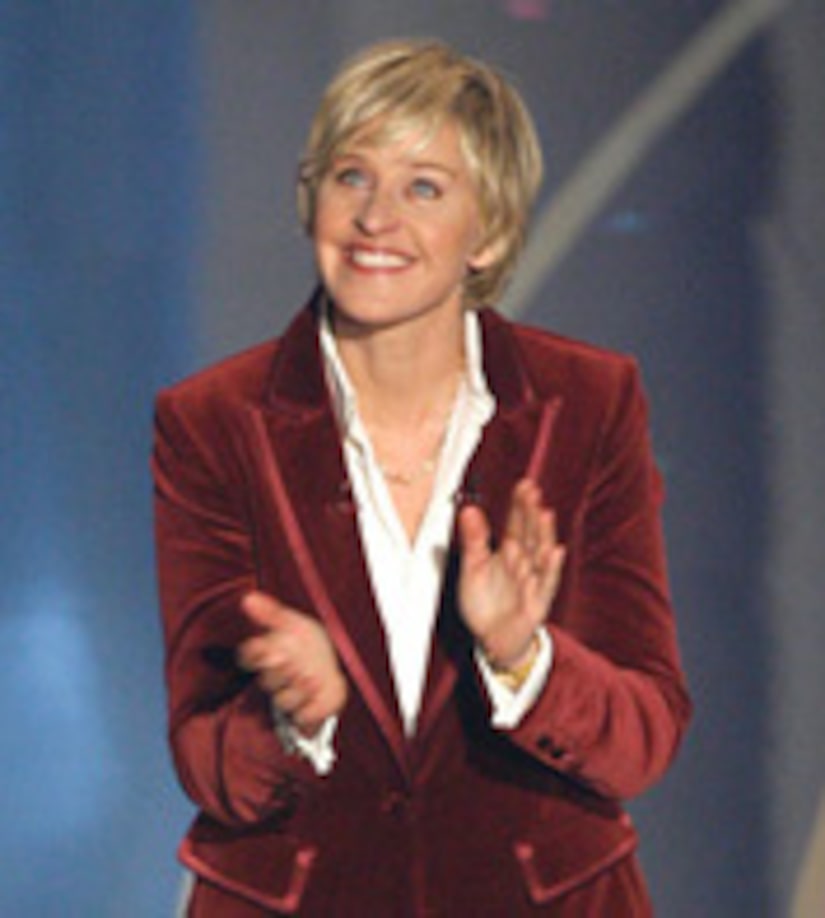 It was Ellen's night to shine in Hollywood Sunday, and from the Hollywood heavyweights to the heartthrobs, the stars agree Ellen wore out everyone's funny bone!

Once the lights faded out at the Kodak Theater, Ellen and girlfriend Portia de Rossi kept the party going at the Vanity Fair bash, where everyone was still raving about her Golden performance.

“It was great, and it was so important to her,” Ellen's mom said.

Even Regis Philbin loved the talk show host, gushing, “There wasn't enough of her.”

But on Monday, it was back to her day job with “The Ellen DeGeneres Show” coming from the Kodak Theater.

That's a wrap from Hollywood, now it's time for you to tell us: what did you think of Ellen's Oscar performance? Share your thoughts!

Click on an image to view photos from the show