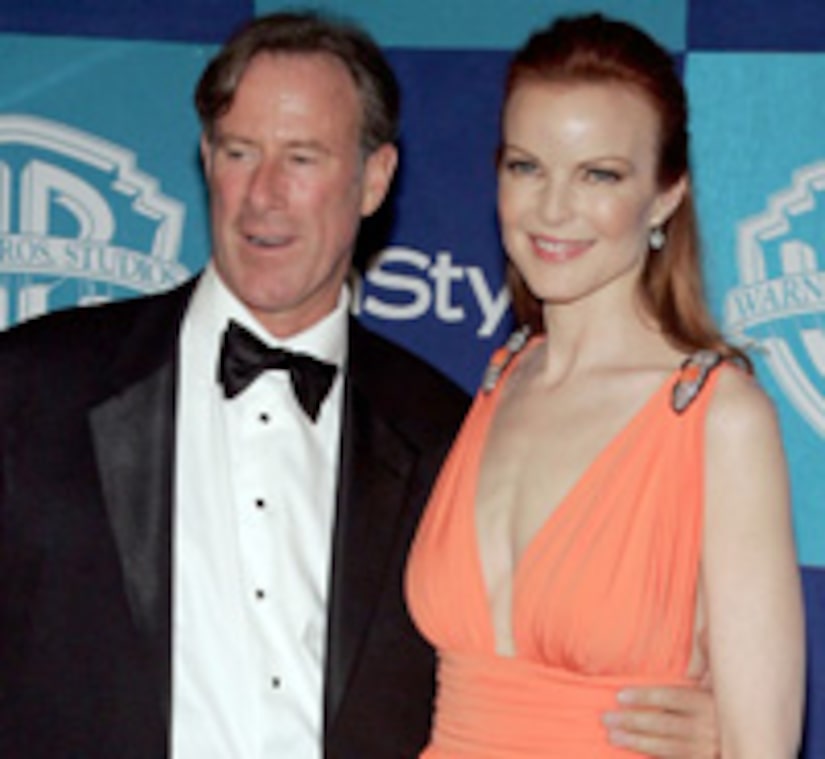 Everything is coming up pink for “Desperate Housewives” darling Marcia Cross, after giving birth to fraternal twin girls Tuesday in Los Angeles.

Eden and Savannah Mahoney are the first children for Cross and her husband Tom Mahoney, who married June 2006.

"Mother and babies are all doing well," Marcia's rep revealed of the star, who had been ordered to be on bed rest for last two months of her pregnancy.

Set designers painted Cross's bedroom the same color as her character Bree Van De Kamp's boudoir, and moved in furniture from the set.

Marcia's rep, Heidi Slan, told the Associated Press that the bed rest was merely a "precautionary measure," and Cross herself said in December that she'd been having a problem-free pregnancy.

“I am absolutely, 100 percent fine," she revealed to “Extra.” "It's hard to carry around all that weight. I wake up feeling like me and then I step on the ground and I'm like, whose body is that walking to the bathroom?"

Congratulations to the proud new parents on the arrival of their baby girls!