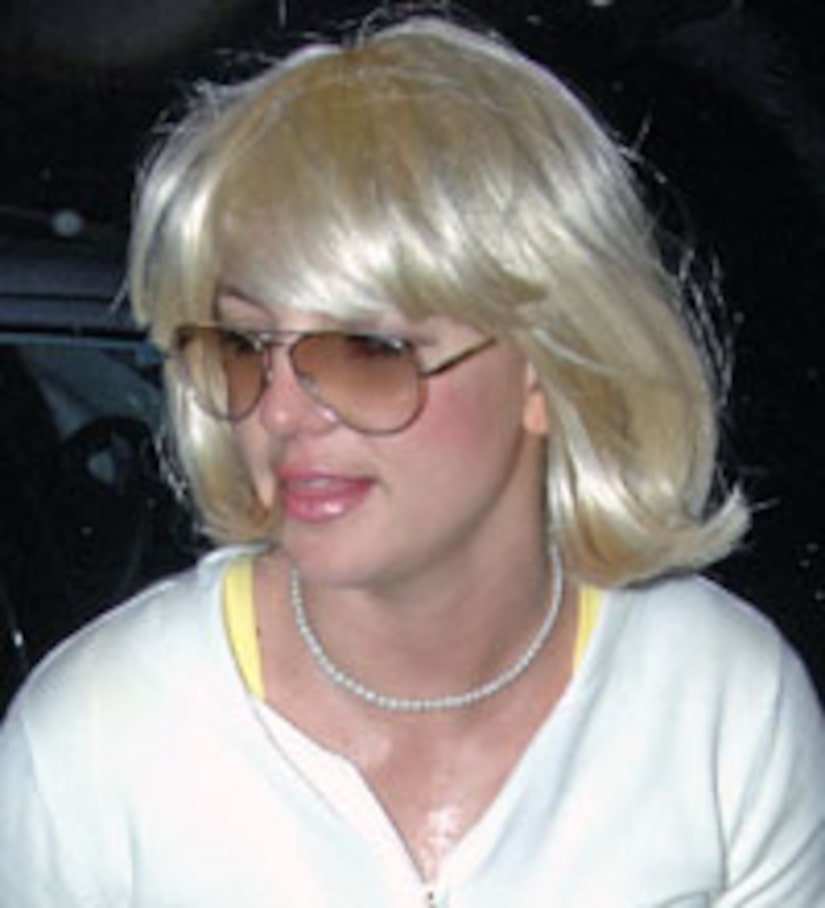 The pop princess stepped out just 48 hours after she wigged out, making a daring transformation that still has the world buzzing.

Only “Extra” was with a then-brown-haired Britney as she flew in from Miami on Friday, the same day we brought you the breaking news that she had checked into rehab and then abruptly left.

When the paparazzi commented on Brit's beautiful brown locks, she revealed, “I think I'm going to keep it this way.”

When we bumped into Brit Sunday night and asked about her admission that she planned to keep her brown tresses, she quipped, “I lied.”

And this white lie has turned into sheer madness!

Tarzana salon owner Ester Tognozzi told “Extra” that she tried to talk Spears out of getting the buzz cut after hours Friday night.

“She was just there in body and not really emotionally there,” Tognozzi dished. “She sat in my chair and said, 'I want my hair shaved off.' I said, 'Well, I'm not doing it.' She grabbed the buzzer and started buzzing her own hair off.”

New reports surfaced Monday claiming Brit went clipper crazy after getting into an argument with her mom, Lynne.

Ironically, “Extra” uncovered a 2001 interview with Britney's mom, in which she claimed, “Some mothers worry about their kids doing drugs, but I'm worried Britney will be bald before she's 20.”

“The only emotions that she showed was when she said, with her cute little accent, 'My mom's going to be upset that I shaved off my hair,'” Tognozzi revealed.

Once her locks were gone, Brit headed to a Sherman Oaks tattoo parlor, where startled fans watched the bald pop singer get inked.

It was a surreal scene of chaos as fans gawked and Spears checked herself out in the mirror before smiling at the crowd and then reaching out to an employee, apparently in pain.

“She was definitely having a rough time,” revealed Emily Wynne-Hughes, who was inside as Brit got lips on her wrist and a cross on her hip.

“She pulled out a CD… and that CD happened to be Janis Joplin, and she asked if we could play it,” Emily continued. “[And] after she was finished getting her tattoos, she seemed like she was in a better place.”