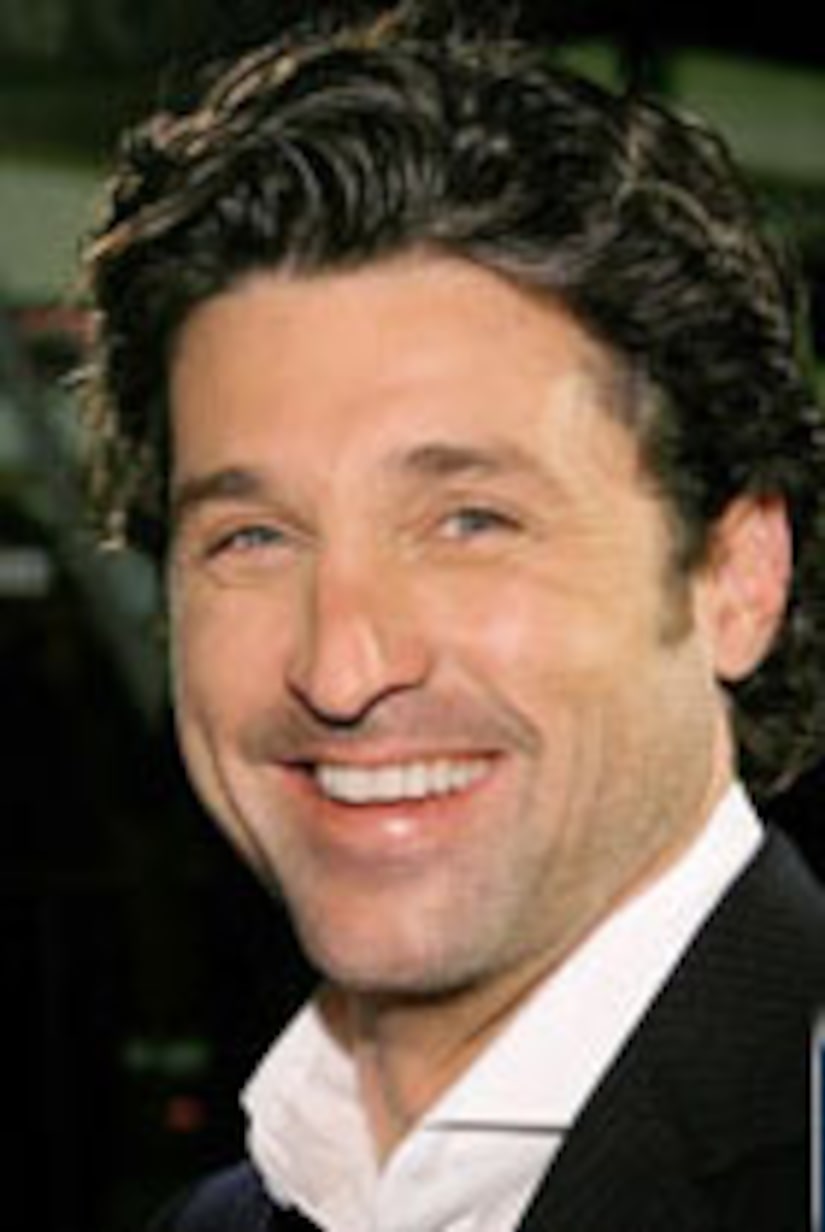 The sexy Patrick Dempsey, affectionately known to women across the world as McDreamy, was making the rounds Thursday night at the Los Angeles premiere of his new movie, “Freedom Writers.”

The movie's executive producer and star, Hilary Swank, hand picked Dempsey to play her husband in the film.

“Who else can play your husband, come on?” Hilary praised.

When the duo met up at their red carpet premiere, they gushed over the joys of working together.

“I'd like to do something else with you,” Patrick told the Oscar winner.

Hilary stunned the shutterbugs in a gorgeous black Alberto Ferretti frock Thursday night, telling us, “I like this dress, it's really easy to wear. I feel comfortable in it.”

Meanwhile, McDreamy beamed about the baby twin boys he and wife Jillian are expecting any day. But are they ready for the adventures of parenting?

“I really am in denial, I have no idea what to expect,” Patrick admitted. “When I put the nightgowns out, you're like, 'Oh my goodness; there's two here.' And then you start to go into a little bit of anxiety mode.”

“It's really great for the cast,” he said of the “Grey's Anatomy” cast receiving a SAG Award nod.

But if Mrs. McDreamy pops the night of the Golden Globes, we may not see the star at all.

“You don't go to the Globes,” the family man said, revealing that his wife comes first.

Also on hand for the movie's premiere was Danny DeVito, who produced the movie about an embattled school teacher who tries to connect with her inner city students.

Ever the jokester, Danny revealed to “Extra” how he planned to party after the premiere.

“Right after the movie, I'll go have a few Lemon Cellos,” he said.