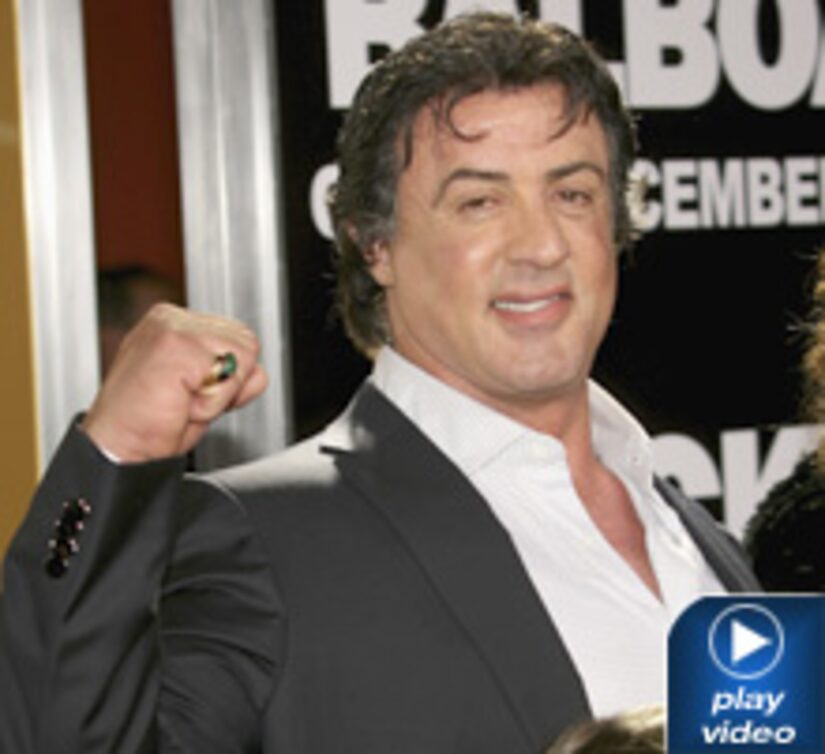 The champ is officially back, as “Rocky Balboa” opens in theaters nationwide on Wednesday.

Sylvester Stallone is celebrating his comeback in the party capital of America, Las Vegas, with our Carlos Diaz.

“Extra” was with the box office champ and his wife, Jennifer, at Planet Hollywood for the Sin City premiere of his new movie.

“It was a real long shot,” Stallone said of stepping back into the ring. “But I just wanted to take one last shot at it.”

After the movie, “Extra” got the VIP invite to the new “Rocky” suite at Planet Hollywood, which even plays the “Rocky” theme song!

But is the end of “Rocky” bittersweet for the Hollywood veteran?

“Yeah, it is. But at least I got to see him off in a fine farewell. I feel like I'm talking about a relative,” Sly joked.

And we decided to go a few more rounds with the Italian stallion as we put Sly in the hot seat for a little rumor control.

First, is it true he had just $106 in his pocket when the first “Rocky” came out?

About rumors he was a chain smoker pre-“Rocky,” Sly told us, “It's true. And there I was in “Rocky 1” literally with a boxing glove on, smoking. The surgeon general came out and said this is going to kill you, it's worse than getting punches to the face, so I finally stopped.”

What about rumors that Stallone asked that “Rocky” be killed off at the end of “Rocky: V?”