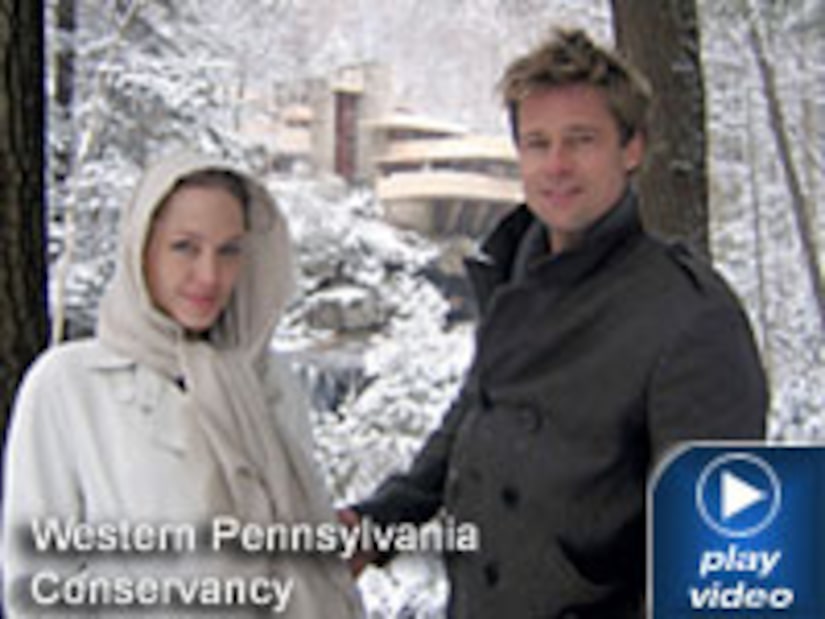 The world will get a rare glimpse into the ultra-private life of Brad Pitt and Angelina Jolie, as People magazine unveils a brand new family photo album of the couple's growing flock.

Baby Shiloh, now 6 months old, graces the pages in the arms of big brother Maddox, 5, showing off her rosy cheeks and dad's baby blues, while 23-month-old Zahara looks on.

This is just one of many shots for the magazine's new issue, “Best of 2006,” which also includes a loving shot of Brad giving Maddox a piggy-back ride.

On newsstands Dec. 15, the snapshots are from the family's recent goodwill mission to Cambodia.

“Zahara is the big personality of the family; Maddox is the more serious one,” dished People magazine's JD Heyman. “Everybody dotes on Shiloh, who they call Shi.”

Heyman also revealed their family may continue to grow: “Angelina says that they're open to adopting more kids.”

But mixed with the happiness of motherhood, Angelina is also battling her own private pain: her mother's battle with ovarian cancer.

“Extra” got an exclusive clip of Angelina on “Larry King Live,” where she spoke for the first time about her 56-year-old mother, Marcheline Bertrand's, private fight against the disease.

“She has had it for about six years, and she's a remarkable woman,” Angelina revealed. “She's very, very strong. Her spirit is unbroken.”

Angie spoke to King alongside her “Good Shepherd” co-stars Matt Damon and director Robert De Niro on Monday's show, where Larry inquired about rumors that the actress will wed Pitt on Christmas Day in South Africa.

“No; thank you for your support everyone, but I'm not,” Angelina said.

Despite the PDA between Brangelina at Monday night's “Good Shepherd” premiere, Angelina dished to Vogue, which hits newsstands Friday, that she's not a hugger.

“Snuggling, cuddling, crying; all that stuff makes me very uncomfortable,” the mother of three revealed.

Jolie also revealed that it was Maddox was first called Brad “Dad,” as they were playing with toy cars in a hotel room.

“…He decided that we would all be a family,” Angie said of son Maddox.