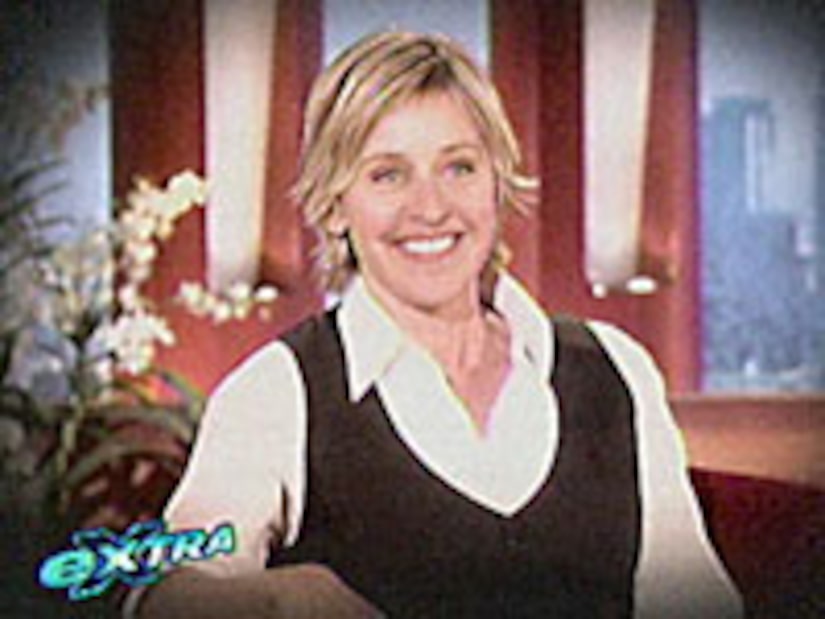 Daytime's dancing queen just landed the hottest gig in Hollywood, and "Extra's" Jon Kelley stopped by the set of Ellen's daytime talk fest to chat about her date with Oscar next February.

"It's something I always wanted to do, and I'm honored they asked me to do it," Ellen said. "To feel like someone's putting that kind of show in your hands and trusting you and saying, 'We think you're able to do this,' you can't get a bigger compliment than that."

And the compliments keep on coming.

"Today, I got flowers from Steven Spielberg saying what a smart choice that was and congratulations to the academy," Ellen revealed.

DeGeneres is no stranger to hosting awards shows. "The Emmys were definitely hard," she revealed. "But the Grammys were just fun because it's music. I want the show to be really, really funny, but I want to celebrate it. I don't want to be cynical about it."

Meanwhile, Ellen is still recuperating after being hit in a three-car wreck in Hollywood last week. "Right this minute, I'm fine," Ellen said. "But this show I did today, I really could not move my neck."

Police say a woman, suspected of drinking and driving, slammed into the back of a car, which then hit Ellen's Porsche.

"Let me just say, 'Do your drinking at home,'" Ellen said. "That's a very important message. I'm not kidding around."