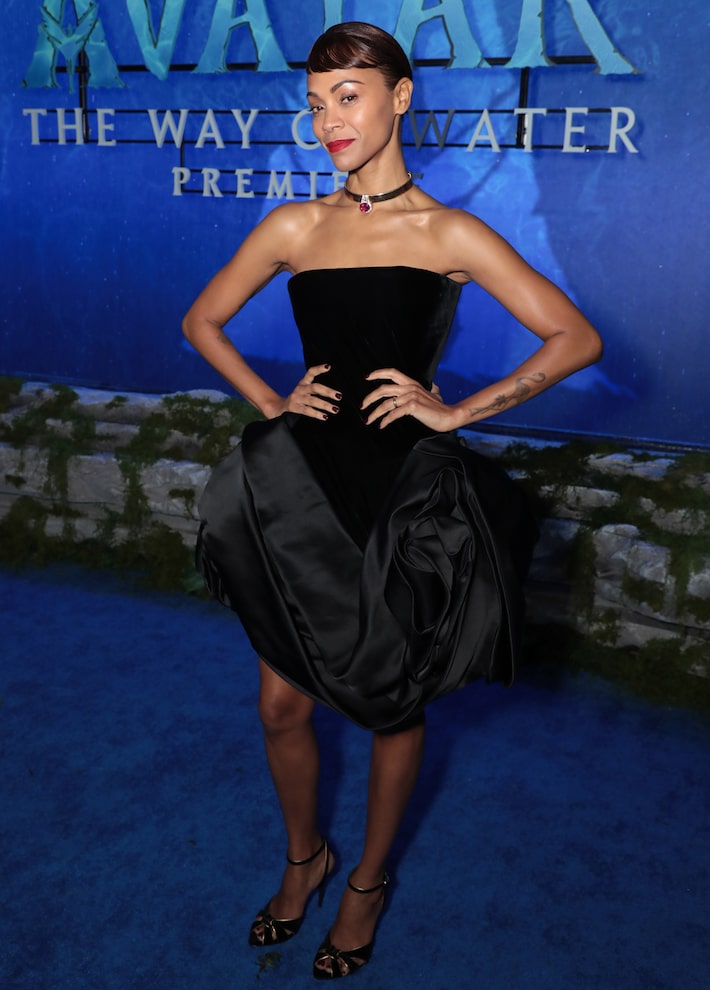 Zoe Saldaña and husband Marco Perego enjoyed a date night at the Los Angeles premiere of her highly anticipated film “Avatar: The Way of Water” on Monday.

“Extra’s” Melvin Robert caught up with Zoe on the red carpet, where she said she doesn’t take these moments for granted.

Saldaña, who often says she is “just a girl from Queens,” said of being at the big Hollywood premiere, “I feel like I am representing Queens and I feel very proud of that. It always feels like a dream come true… These are moments that I never take for granted, but I also know these are moments that are starting to feel really good, because I know how hard we all work. It’s good to every now and then sit back and enjoy the view and fruits of your hard labor.”

She went on, “I am so proud of [director] Jim [Cameron]. I am proud of the crew, I am proud of the cast. This is always a labor of love, its consuming… It takes a lot of effort and a lot of sleepless nights but to know that we made such a beautiful story… and the reception worldwide has been so positive.”

Zoe, who reprises her role as Neytiri from the original film, reacted to the film’s Golden Globe nominations, for Best Motion Picture — Drama and Best Director.

Mel asked, “And a Golden Globe nomination, what did that mean to you?”

The new sci-fi epic is one of the most expensive movies ever made, but is already set to break records with more than $2 billion at the box office. In this return to Pandora, an ancient threat surfaces that leads to a war against the humans. 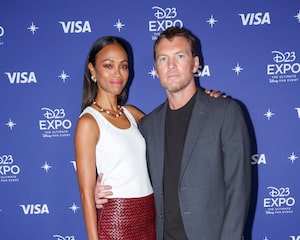 Melvin commented, “It has such a beautiful message.”

Zoe replied, “It always deals with environment and overfishing and once again, invasion, displacement, refugees… There’s different messages that people will take away from this. My hope is you will be able to extended these conversations after you watch the movie.”

She added, “On a personal level, when it comes to family, all of these things have also resonated to me. I am a very devoted family member, now that I am a mother as well and I have a partner… You know the work that takes place, you also know the fear that you go to bed with… You're reminded that life is so fleeting, you have to live every day with an open heart and open mind.”

And if James Cameron is like a fine win, she playfully said what kind of wine he is! “I’m biased; I think he is more like an Italian. I think he is like a Super Tuscan.”

“Avatar: The Way of Water” opens  in theaters December 16. 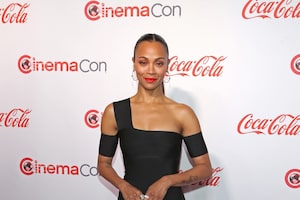 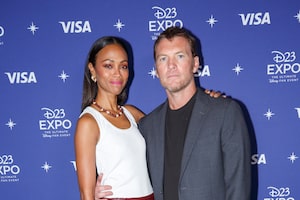 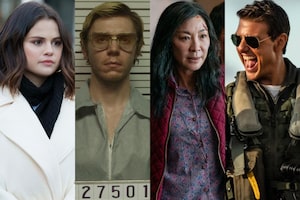