The first three episodes of “Harry & Meghan” have dropped on Netflix, covering their exit from the U.K., their love story, Markle’s icy first meeting with Prince William and Kate Middleton, Harry’s greatest shame, and more.

The series starts with Meghan in tears and Harry’s Megxit declaration in 2020, as he explains, “My job is to keep my family safe. By the nature of being born in this position… and the level of hate that has been stirred up in the last three years especially against my wife and my son… I'm genuinely concerned for the safety of my family.”

And in that opening salvo in the couple’s battle royale with his family, he compares his wife to his beloved mother Princess Di and their life in the U.K. to his life as a child.

“So much of what Meghan is and how she is… is so similar to my mom,” he says, adding of his childhood, “The majority of the memories are of being swarmed by paparazzi.” 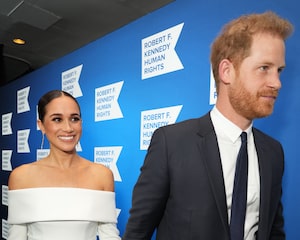 He adds, “My mum did such a good job of trying to protect us. She took it upon herself to basically confront these people.”

The couple also shares intimate photos and home videos of their children Archie and Lilibet at their Montecito, California, mansion, including hearing son Archie’s American accent for the first time as they watch the sunrise. 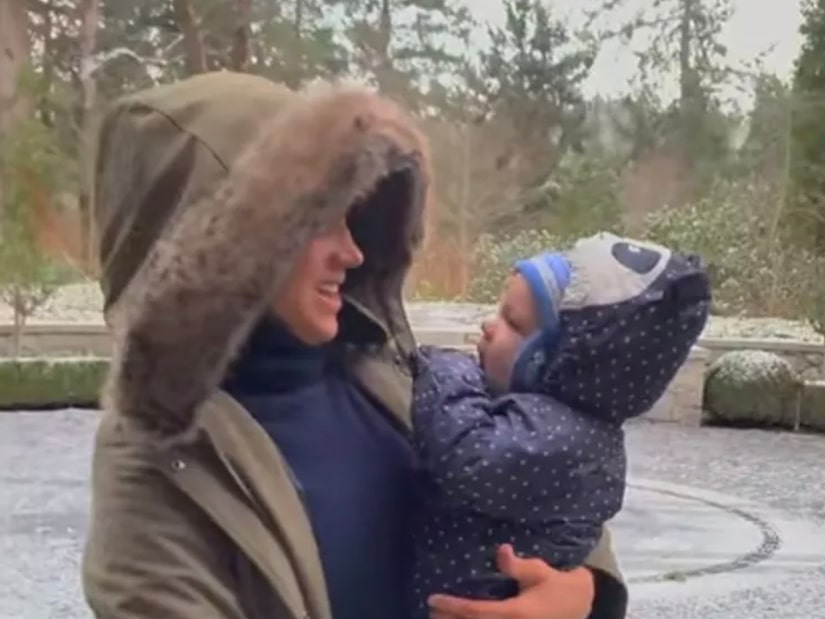 Harry talks further about protecting the family, saying, “I knew that I had to do everything that I could to protect my family, especially what happened to my mum. I didn't want history to repeat itself.”

Putting their love story on display, they reveal Harry first saw Meghan on Instagram… with a Snapchat filter. They were later introduced by a mutual friend.

It turns out Harry was half an hour late to their first date because of traffic — and Meghan was not impressed!

“I was panicking, I was freaking out, I was sweating,” he confesses, while Markle says, “I didn’t know him. I was like, ‘This, I’m not doing… a guy with so much of an ego that [he thinks] any girl would sit around for half an hour for you?’”

Plus, they share Harry’s once top-secret proposal at Kensington Palace. Harry insists, “Of course I got down on one knee, of course I did.” 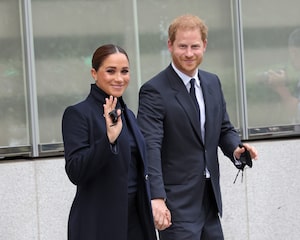 Meghan adds, “He was down on one knee and I was just like, ‘Yes.’ You’re so joyful and excited. It’s like, we’re doing this.”

"Like, I was a hugger, always been a hugger," she explains. "I didn't realize that that is really jarring for a lot of Brits."

Markle was surprised at how formal the royals were behind closed doors. "I guess I'd start to understand very quickly that the formality on the outside carried through on the inside.”

She assumed “there is a forward-facing way of being and then you close the door and you relax now," but quickly learned "that formality carries over on both sides,” saying, “That was surprising to me."

As for his biggest regret, Harry recalls dressing up in a Nazi uniform for a private party in 2005. “It was probably one of the biggest mistakes of my life. I felt so ashamed afterwards. All I wanted to do was make it right.”

Afterward, Harry spoke to the chief rabbi in London and a Holocaust survivor in Berlin. He says in the doc, “I could’ve just ignored it and probably made the same mistakes over and over again in my life. But I learned from that.”

Viewers also hear from Meghan’s mother Doria Ragland, who addresses scrutiny over the couple when it was first revealed they were dating.

Doria says she told Meghan, "Clearly, this is about race… And Meg said, 'Mommy, I don't want to hear that…’ And I said, 'Well, you may not want to hear it, but this is what's coming down the pike.’”

The family also talks about Meghan’s falling out with her father Thomas Markle, and his decision to do photo ops with the paparazzi ahead of their wedding.

“I was absolutely stunned that Tom would become part of this circus,” Doria says. Meghan reveals she learned her dad wouldn’t be at the wedding through a tabloid because he wouldn’t take her calls.

Harry adds, “It’s incredibly sad what happened. She had a father before this, and now she doesn’t have a father. If Meg wasn’t with me, then her dad would still be her dad.”

It appears they are saving the biggest bombshells for the final three episodes, due out next week.

DailyMail.com reports a palace source insists no member of the royal family was approached for comment… and today King Charles was asked the $100-million question, “Have you watched the documentary?” 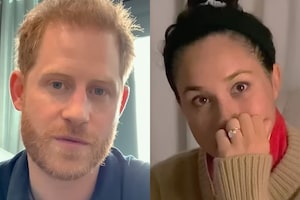 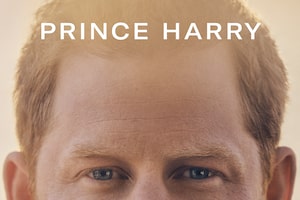 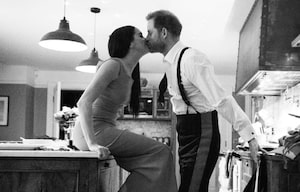