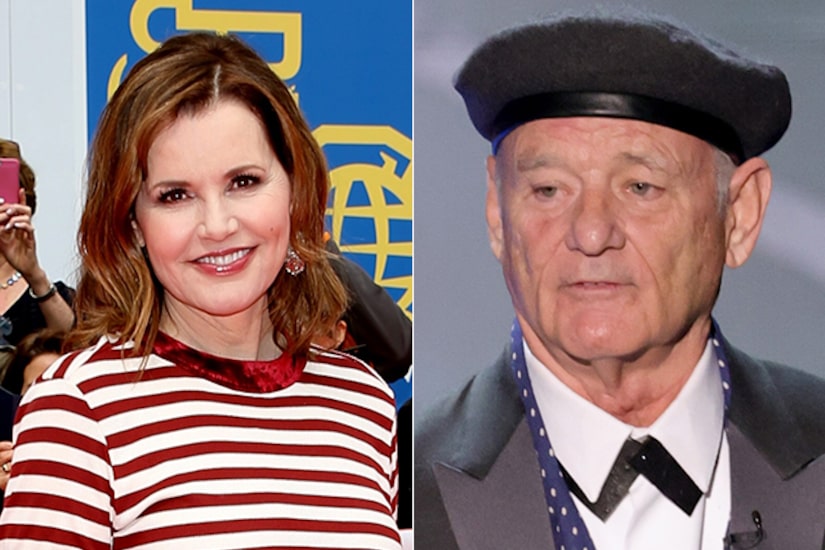 Geena Davis is opening up about her personal life and career in her candid new memoir “Dying of Politeness.”

In the book, she includes a bombshell claim about an inappropriate encounter with Bill Murray when they co-starred in their 1990 crime comedy “Quick Change.”

“Extra’s” Jenn Lahmers spoke with Geena about that meeting, and she shared, “I went to the meeting for the role in a hotel suite and there were two other people there… and Bill Murray said, ‘Hey, have you ever heard of the thumper?’ Which it turned out to be this giant massager device and I said, ‘No, no,’ and he said, ‘Well, just lay down on this bed here and let me try this on you. You'll love it. It’s incredible. I was like, ‘No, no, no,’ trying to laugh it off… and I finally realized he was never going to relent. He would not give up… and I didn’t walk out nor was I the kind of person who could say stop asking me. So I found myself in shame, parked on the edge of the bed, so he could put in on my back.”

Jenn asked, “Did he ever apologize to you for that?”

Davis replied, “I would imagine he didn’t think that there was anything wrong with it. I’ve never talked to him since.”

Geena also addresses ageism in her book, telling Lahmers, “In movies, only five percent of the characters are women 50 and over… so this isn’t a Geena phenomenon.”

Jenn pointed out, “It only gets better over time,” adding, “Age comes with experience.”

Davis agreed, saying, “You reach your prime after 40 and then from then on.”

As for what she hopes women will take from her book, she said, “It’s very important for all of us, particularly women, to live authentically. To not give so much of ourselves away to please others. Maybe seeing my journey that goes like this but is increasingly more bad-ass, they can relate to it and see it’s possible to feel like you deserve that, you know?”

“Dying of Politeness” is out now.