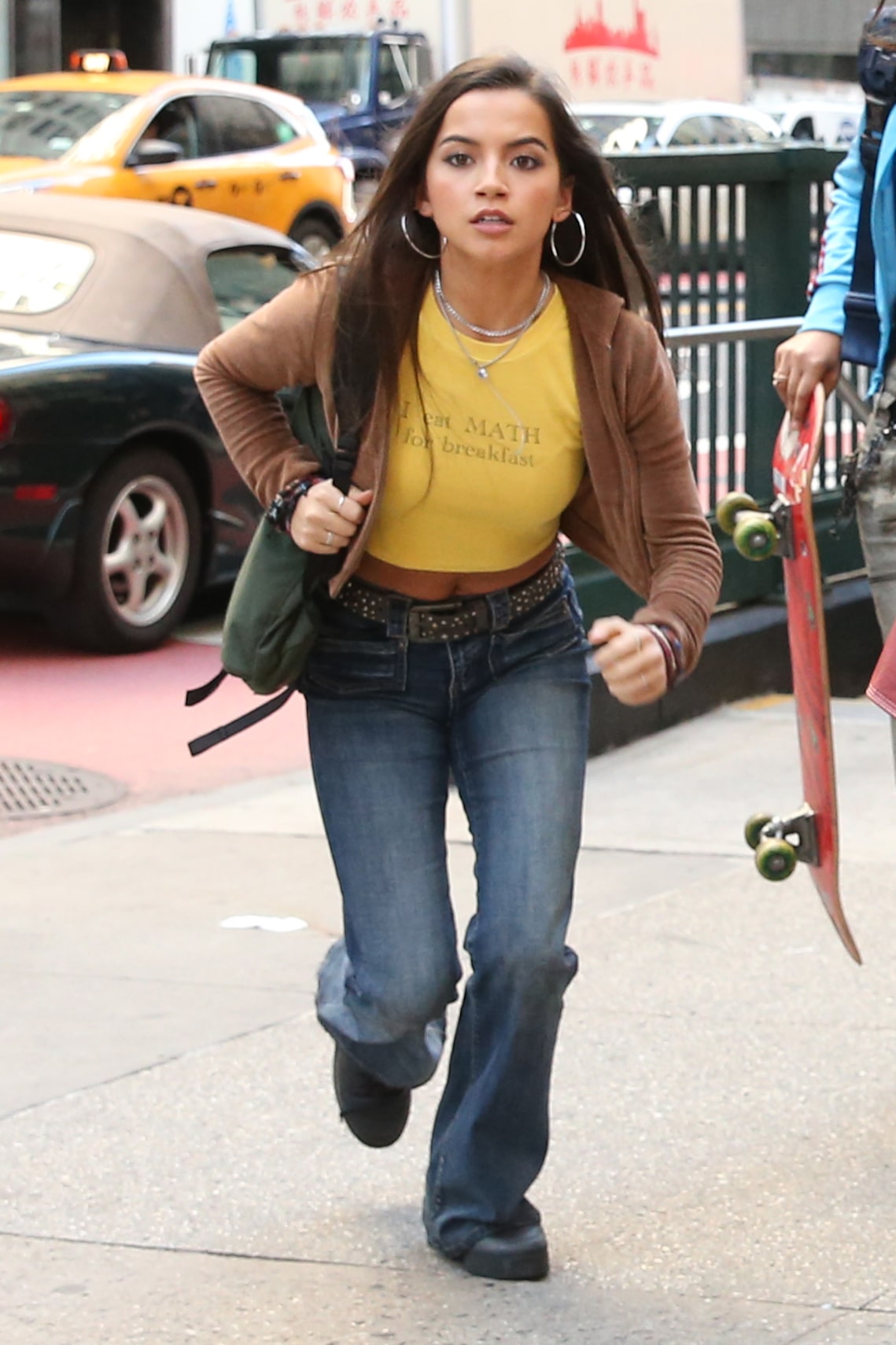 Isabela Merced and Kyle Allen are dishing on their film “Rosaline,” a new take on “Romeo and Juliet.”

“Extra’s” Katie Krause spoke to Isabela and Kyle about the film, as well as their other upcoming projects, like “Madame Web” and “He-Man.”

Isabela is joined in “Madame Web” by Emma Roberts, Sydney Sweeney, Dakota Johnson, and Adam Scott. She said, “The cast that I’m with is incredible… I’m just honored to do this because I’ve always wanted to be a part of this universe, and I love Marvel and I love everything they’ve done.”

Isabela also gushed about Adam, saying, “I really do love him so very much and he’s a gem of a human being… The perfect man to be backing this group of wonderful women.”

As for her costume, Isabela didn’t say much other than that she’ll be wearing shirts and pants.

Kyle is getting ready to play “He-Man.” He dished, “We’re gonna start filming in April, so it’s just a matter of waiting and preparing, and we’re getting all the story and everything in perfect order.”

Kyle will be “hitting it pretty hard,” in terms of training for the movie. He said, “[It] looks like I do about six hours a day of training and I do about 4,000 calories.”

His training will include weight training, martial arts, and parkour.

As for their new movie “Rosaline,” Kyle commented, “It’s a really refreshing take on that classic story that we all know or we think we know.”

Isabela brought up all the funny moments about making the film, saying, “There are so many moments of improv on set while we were filming that just some of them make it into the movie… I watched ‘The Office,’ and to me, it’s like that’s pure comedic brilliance in the moment and that’s what I felt like I was witnessing from everyone.”

The movie focuses on Juliet’s cousin Rosaline. Romeo was first in love with Rosaline before he fell for Juliet.

Isabela noted that Rosaline “balances” Juliet, who she described as “a bit naïve.”

Before the film, Kyle did watch Leonardo DiCaprio’s version of “Romeo + Juliet.” Calling himself a fan of the movie, he raved, “I didn’t study anyone else’s version because his version so, so different.”

In the movie, Rosaline takes drastic measures to win back Romeo’s heart.

When asked if they had any advice on how to get over a breakup, Isabela said, “I think in order to truly move on from something, you have to dwell in it. You have to soak yourself up in that heartbreak.”

Kyle added, “Talking about it with someone trusted and just kind of walking through the pain in a minute, but in time you’ll be okay.”