Selena Gomez is sharing her truth in a new Apple Original documentary called “Selena Gomez: My Mind & Me.”

A new trailer for the film just dropped on World Mental Health Day, which shines a light on Gomez’s lupus diagnosis and struggles with depression and anxiety.

The trailer starts off with footage of Selena over the years and a voice-over of the singer saying, “Just be who you are, Selena. No one cares about what you’re doing. It’s about who I am. Being okay with where I am. I am grateful to be alive.”

She goes on, “Let me make a promise. I am going to stop living like this. How do I learn to breathe my own breath again?”

The trailer than shows an emotional Gomez saying, “Like, my whole life since I was a kid, I’ve been working. And I don’t wanna be like super famous. But I do know that if I’m here that I have to use that for good.”

A voice can be heard asking, “What’s holding you back from doing it?” Cut to Selena at a table with friends saying, “That I’m not good enough. That’s something that I felt a lot of growing up.”

It looks like Selena embarks on a journey of helping others as she says, “What makes me happy is connection and it helps me get out of my head.”

The star even visits an old schoolmate, as she walks up to a house to greet a mom and her kids. The woman asks her children, “Do you know who this is?” adding, “Of course she’s real. Mommy went to school with her.” 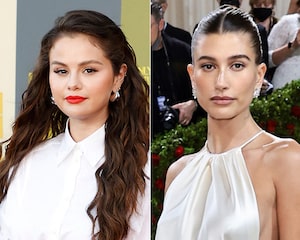 In the next scene, of the 30-year-old sitting with a friend overlooking the water, the star says in a voice-over, “Clearly, I’m still here to use whatever I have to help someone else.”

The future looks bright for the “Only Murders in the Building” star, who says, “Everything that I have gone through, it’s gonna be there. I’m just making it my friend now. I am happier and I’m in control of my emotions and thoughts more than I have ever been.”

As the teaser comes to a close, she says, “I know this is the beginning for me.”

Variety reports the doc, directed by “Truth or Dare” filmmaker Alek Keshishian, was filmed over the course of six years.

In 2020, Selena Gomez broke the news on her bipolar diagnosis, and in April 2022 she opened up about her mental health during an interview with “Good Morning America.”

She called the diagnosis “freeing” and explained, “It made me really happy because I started to have a relationship with myself, and I think that’s the best part.”

Gomez wasn’t “scared” by her diagnosis. Instead of suffering from the disorder, she is living with it! She added, “It's just been really wonderful, but it's work and you do it every day."

Selena is doing “necessary things” to support her mental health. She revealed, “I see a therapist, and I actually have tons of books and little cards... I have tons of workbooks, like a nerd, but I love DBT, so dialectical behavior therapy is something I'm really passionate about. I have notebooks that kind of help me do that. I write music.”

Aside from music and therapy, she said she wanted to “turn it into something beautiful.”

In the interview with “Good Morning America,” Selena stressed, “I really want people to be understood and seen and heard.”

The company has been described as an “inclusive, fun, and easy place where people could come together to explore, discuss, and navigate their feelings."

Pierson pointed out, “Wondermind is not just for people who have a diagnosed mental illness — this is for anyone who has feelings. It's for anyone who ever feels sad, lonely, scared, anxious and we're really not labeling anybody."

Gomez was also optimistic about the future, when “Extra’s” Katie Krause spoke with her in June, just ahead of her 30thbirthday.

Katie asked, “What are you looking forward to most in the next decade of life, and how do you plan to celebrate?”

The actress replied, “I have no idea what to expect. Getting older is weird, but I love it. And I'm finding out new things about myself. It's honestly... I enjoy getting older. Here's to 30.”

“Selena Gomez: My Mind & Me” premieres on Apple TV+ November 4. 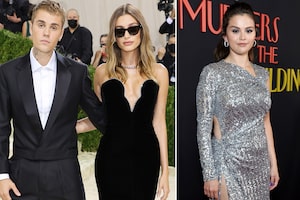 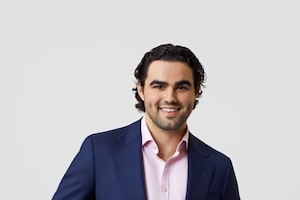 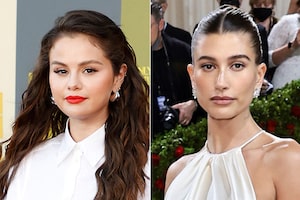