Warning: This story contains spoilers for Season 4 of “Virgin River.” 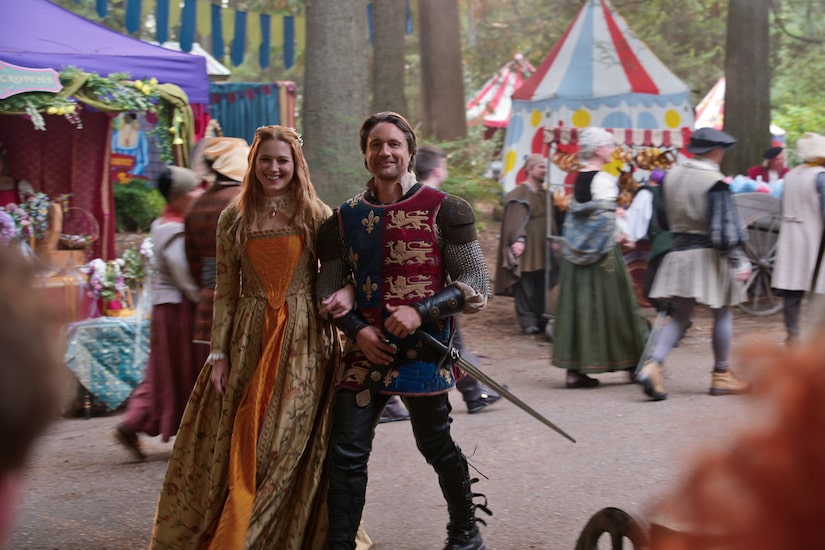 The fourth season of “Virgin River” is streaming now on Netflix!

In the latest season, Martin’s character Jack is back with Alex’s character Nurse Mel. They are starting over and finding love in a rural town.

While they were on a break, Mel implanted two embryos she had made with her dead husband, but then she reconciled with Jack, who doesn’t want to find out who the father is!

When asked if Jack is the father of Mel’s baby and whether he’ll take a paternity test, Martin commented, “Well, we do find out who the baby is… we find out it’s a girl.”

Alex added, “You do find out the gender of the baby along with the paternity.”

As for the paternity causing stress in their relationship, Alexandra commented, “Mel needs time to clear her head because she can’t quite understand why Jack doesn’t want to know the paternity.”

“They’re both very committed to the baby. It’s not a question,” Breckenridge stressed. “It’s just a question of finding out whether or not you’re the father and she really needs to know. It’s something that she can’t leave unanswered.”

Martin shared his take for why Jack is hesitant to know the paternity. He explained, “He’s put himself in a position where he’s made this commitment to Mel… With the breakup in Season 3… he realizes how much he let her down… There is some element of question, like he doesn’t know if he won’t feel the same way about the baby. It’s the not knowing that scares him… Hopefully he has more time to fall in love with the baby, regardless of who the father is, but it turns out it doesn’t matter since he’s the baby’s father.”

Throughout the season, Hayek has “feelings toward Mel,” but Alexandra insisted that Mel is “very in love with Jack” and there is “no contest there.” She teased, “How that will end up professionally between the two of them is yet to be seen.”

The fifth season is currently filming under a new showrunner!