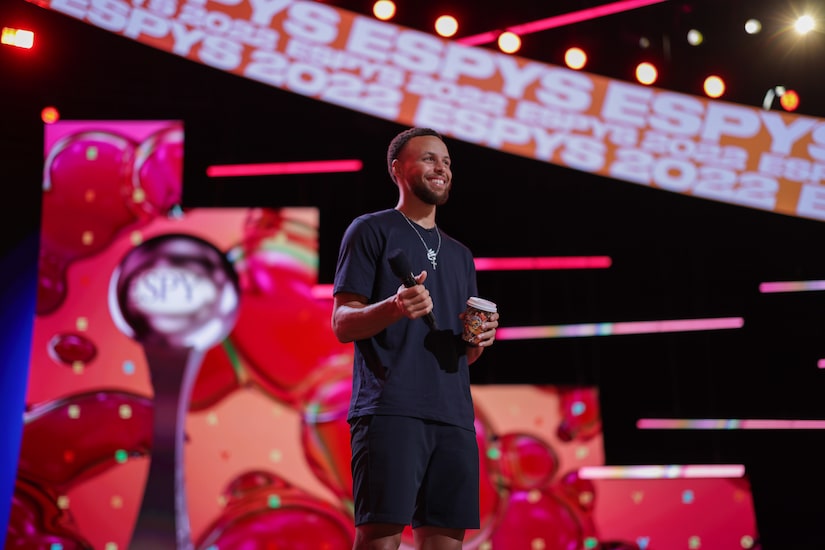 Before the stars walked the red carpet at the ESPY Awards, “Extra” was inside, getting behind-the-scenes details on what current NBA champ and MVP Steph Curry would bring to the stage as a host!

Chamberlain told us, “The energy you see out on the court when he’s darting around through the lane, you are going to see that Wednesday night when he’s hosting the ESPYs. He’s been an absolute joy to work with and he’s a natural. We had a script read-through in the writers’ room yesterday and he had the whole room rolling. His timing is incredible and he’s throwing his whole self into this the way he does in the NBA Finals.”

Chamberlain also shared why the award show continues to bring out A-list talent, saying, “Actors and actresses, performers love coming to the show to be around the athletes they love.”

The ESPY Awards aired on ABC and streams on Hulu.