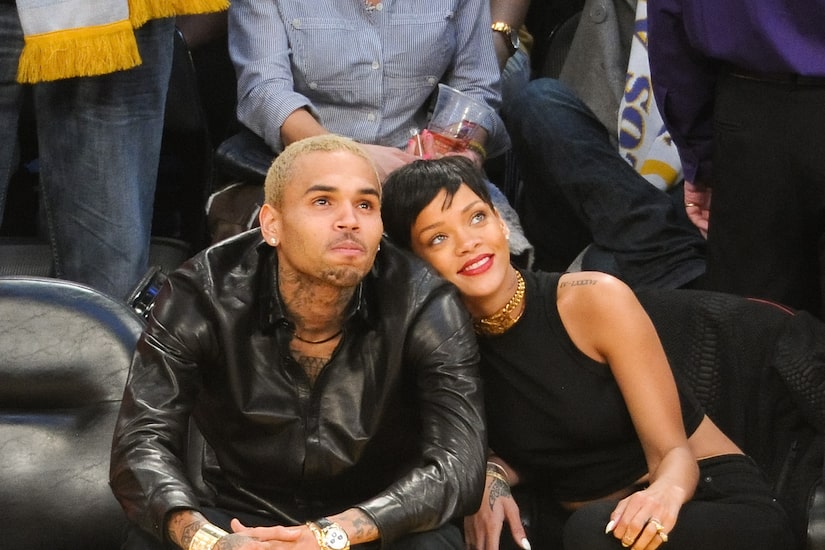 Now, her ex-boyfriend Chris Brown is seemingly reacting to the news.

Along with posting a prayer emoji and a pregnant woman emoji, he wrote on Instagram, “Congratulations.” 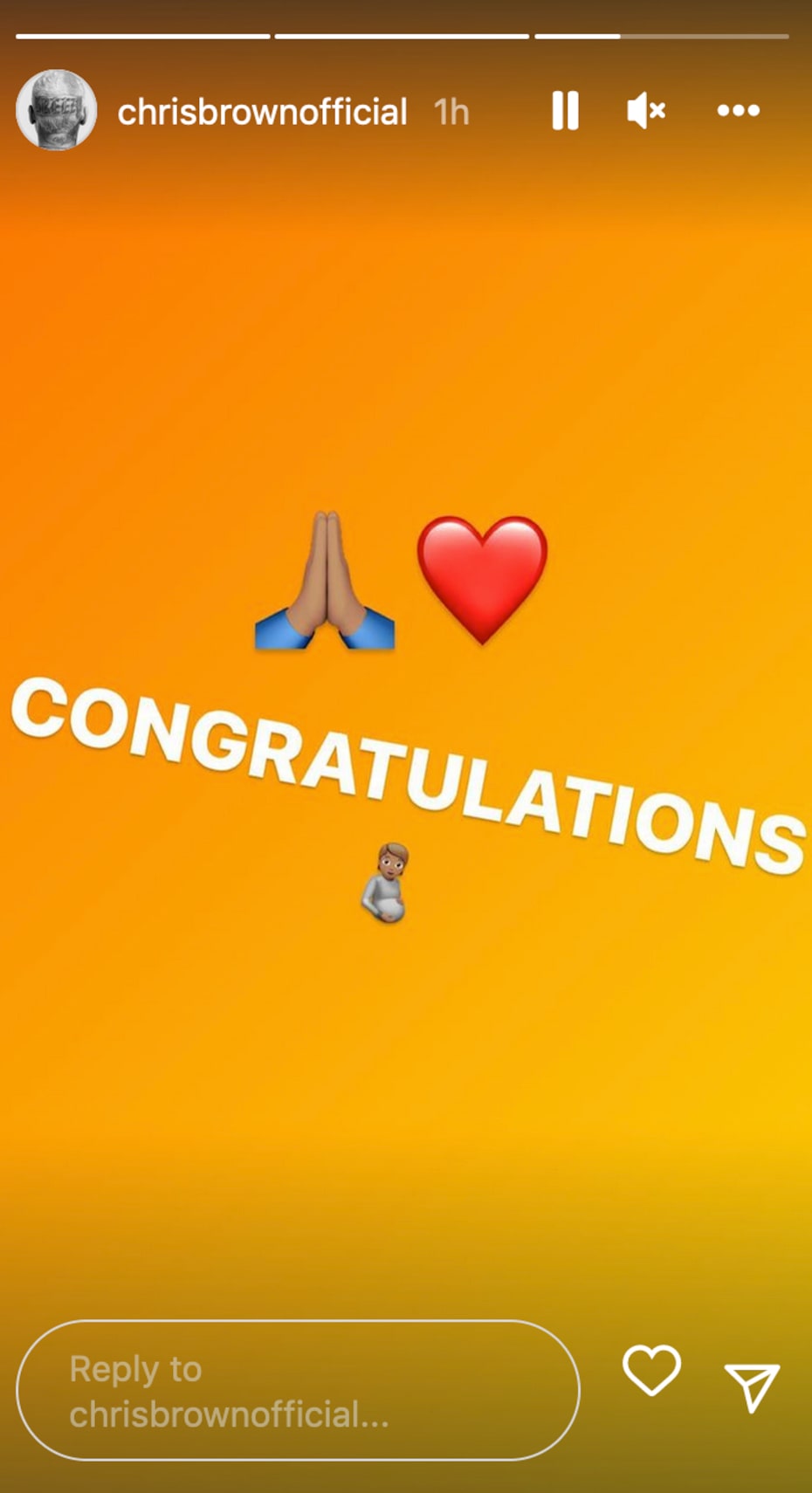 Brown did not tag Rihanna or name her, but many are speculating the post must be about her.

Chris and Rihanna dated for two years until 2009, the same year he pleaded guilty to assaulting her.

Years after the assault, in an interview with Oprah Winfrey, Rihanna noted that they were working on their friendship.

She added, “We've built a trust again. We love each other and we probably always will, and that's not anything that we're gonna try to change. That's not something you can shut off if you've ever been in love. We've worked on it little by little. It's not easy. The main thing for me is that he's at peace.”

At the time, she shared, “He's in a relationship of his own. I'm single, but we have maintained a very close friendship ever since the restraining order has been dropped.”

They briefly reconciled in 2012. She told Rolling Stone, “I decided it was more important for me to be happy. I wasn’t going to let anybody’s opinion get in the way of that. Even if it’s a mistake, it’s my mistake. After being tormented for so many years, being angry and dark, I’d rather just live my truth and take the backlash. I can handle it.” 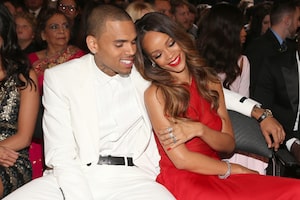 In 2015, Rihanna recalled her interview with Oprah, telling Vanity Fair, “I was very protective of him. I felt that people didn't understand him. Even after... But you know, you realize after a while that in that situation you're the enemy."

Rihanna explained why she felt she had to move on from their relationship, saying, “And if you put up with it, maybe you are agreeing that you [deserve] this, and that's when I finally had to say, 'Uh-oh, I was stupid thinking I was built for this.' Sometimes you just have to walk away."

Brown is also the father of daughter Royalty, 7, with Nia Guzman, and Aeko, 2, with Ammika Harris.

Rihanna has been open about her desire to have children for years.

In 2019, she expressed to Interview magazine that she wanted babies “more than anything in life.”

The following year, Rihanna told Vogue what her life will be like in 10 years. She said, “I’ll have kids — three or four of ’em... They diminish you as a mother if there’s not a dad in your kids’ lives. But the only thing that matters is happiness, that’s the only healthy relationship between a parent and a child. That’s the only thing that can raise a child truly, is love.”

“Extra’s” Terri Seymour caught up with Rihanna in February at a Fenty event, where she got giggly about her pregnancy.

Along with breaking into some proud-mama poses, she said, “I can't believe it! Usually when I'm on the red carpet and my tummy is a little big it's a problem.”

She joked that she was “lettin’ it all out” during “crop top season.”

As for how she was feeling, RiRi said, “Really great — tired at times, on and off, which I am not used to. I can fight through any hour of the night, but now it’s, like, putting me down: 'No, you go to bed right now.'”

Rihanna was confident that their baby would be fly, saying, “They're not gonna have a choice — Mommy and Daddy, we ain't too shabby.”

A$AP, 33, also gushed to Terri over how beautiful Rihanna looks pregnant and talked about his excitement to become a dad. 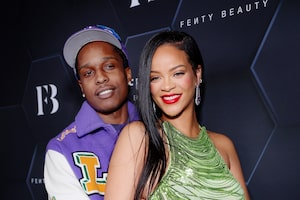 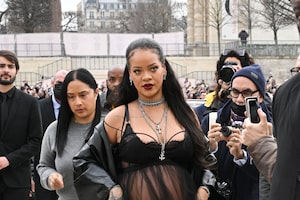 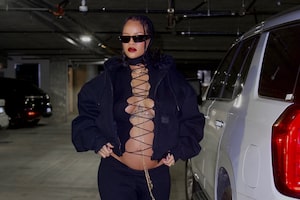