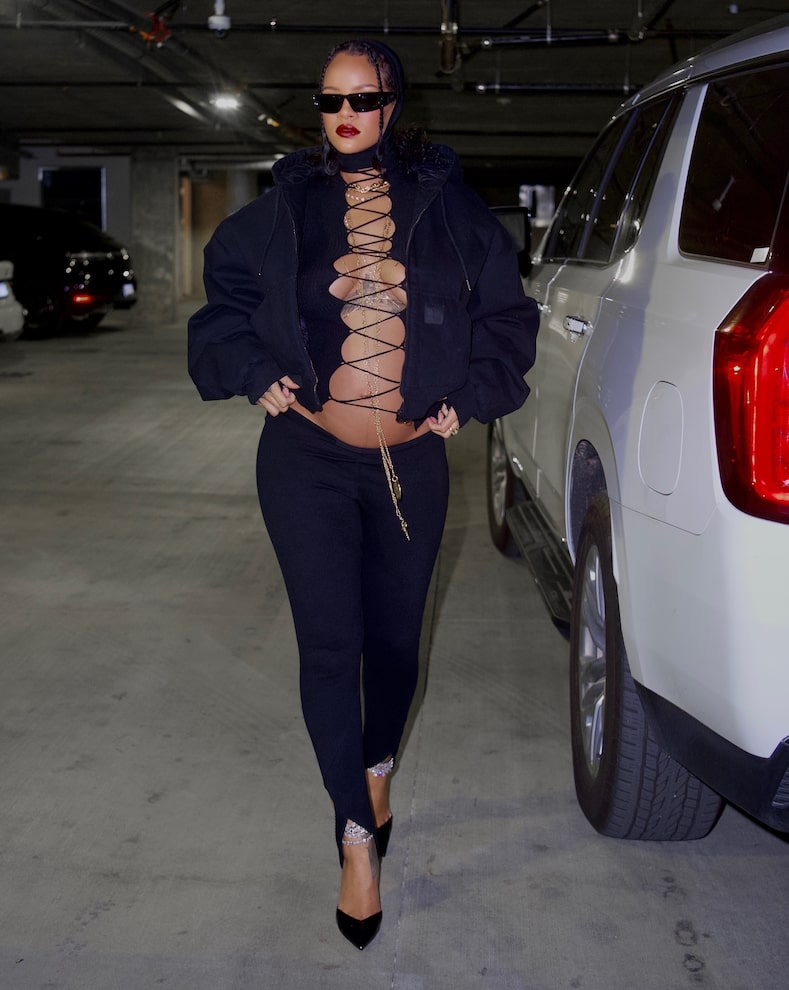 Rihanna’s maternity style is next level!

The singer, who is expecting her first child with A$AP Rocky, stepped out for dinner in Beverly Hills in a baby bump baring lace-up top paired with a black jacket and pants. The superstar accessorized the look with shades and stiletto heels, and some serious bling. 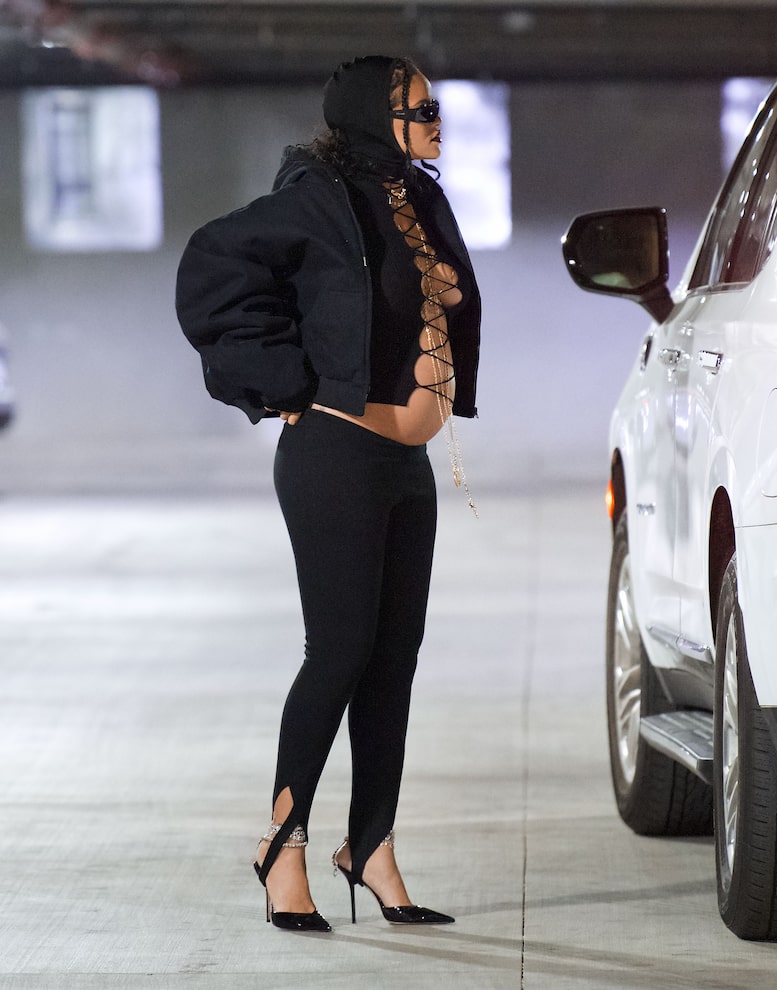 This isn’t the first time she has dressed her growing belly to impress.

The 33-year-old also shared professional pics taken January 28 of her with boyfriend A$AP Rocky, 33, as they took a stroll through Harlem.

Those feature Rihanna in light blue jeans and a long pink puffer coat unzipped from the bottom to reveal her bump adorned with jewelry. In one image, A$AP sweetly kisses her head.

Us Weekly reports the maternity look included a vintage Chanel jacket designed by Karl Lagerfeld, with a resale value of about $10,000. She also wore a Christian LACROIX brooch reportedly worth $5,500 and a Briony ring selling for a whopping $18,500.

Before confirming the baby news, she was spotted in NYC wearing a jersey as an oversize dress in NYC. At the time, she paired the look with Prada heels and an orange purse. See the pic here. She later posted a shot on Instagram in the same outfit, this time pulling up the jersey to reveal her bump. 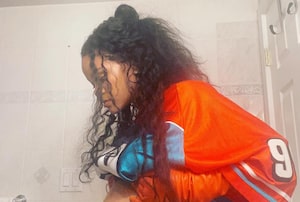 A source tells Us Weekly the baby is “due this spring,” adding, “Rihanna’s going to be an amazing mother. She’s had some practice already with her nieces and nephews. She can’t wait to be a mom! … She’s embracing her pregnancy body and sees it as a beautiful thing. She’s been taking care of herself and her growing baby. A$AP is attending to her every need, definitely treating her like a princess.”

An insider also spoke to People, revealing, "Having a baby is something she was never focused on, but being with Rocky opened her up to the idea. She couldn't be happier and is so excited to be a mom. She's loving all the changes to her body during pregnancy and has always celebrated pregnant women in her runway shows for Fenty." 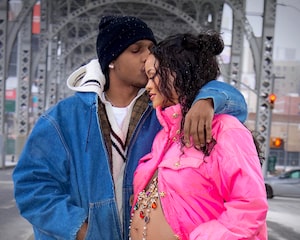 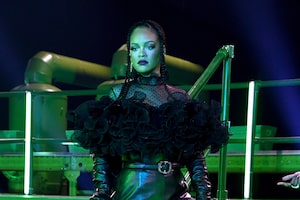 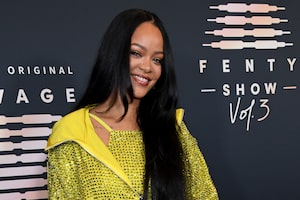