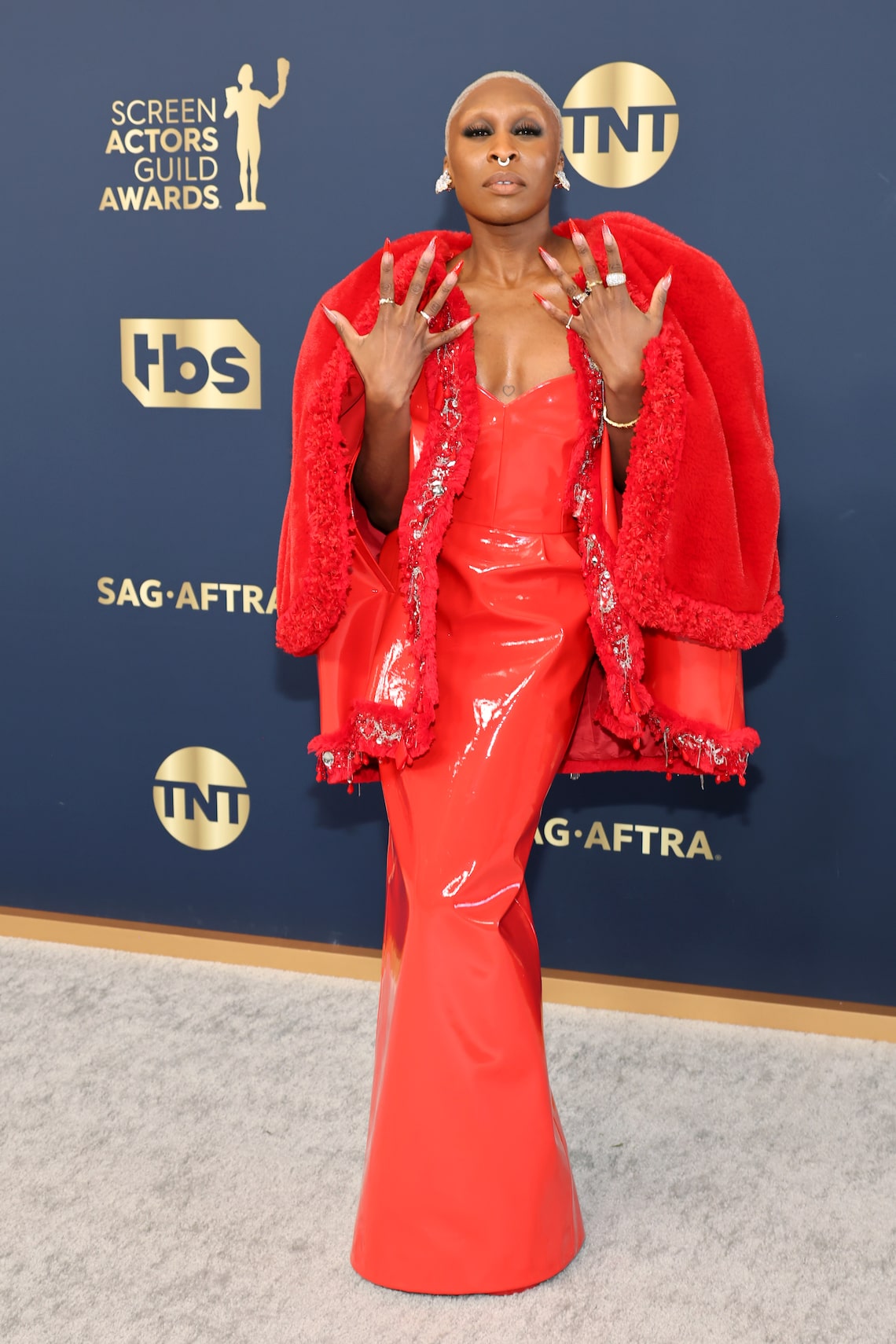 Cynthia’s red-carpet look was a tribute to the late Aretha Franklin, saying, “It was like a throwback to the daring things that Aretha would do… There’s a brilliant picture of her, it’s from the ‘60s, and I think she’s in this, it’s this red dress with feathers on the wrist… We just wanted to have a nod to the fashion risks that she would take.”

Erivo is nominated for Outstanding Performance by a Female Actor in a Miniseries or Television Movie for her portrayal of the legendary icon in “Genius.”

Cynthia was excited to see “loads” of her friends, even taking photos with Fran Drescher, Emmy Raver-Lampman, and Debbie Diggs.

As for her upcoming role as Elphaba in the movie adaptation of “Wicked,” Erivo said, “I’m very excited. I cried when I found out that I had it.”

She added, “I’m really excited to sort of go back to the traditional musical. I haven’t done that for awhile, so, like, getting the training back in and, like, getting ready to do something like that and perform like that. We’re going to want to sing live when we’re doing it, so there’s going to be a lot of work.”

Erivo is no stranger to singing live, famously playing Celie in the Broadway musical “The Color Purple.”

When asked when she first got her SAG card, Cynthia said, “I got it because I did a movie called ‘Widows.’ Steve McQueen put me in the movie.”

Tune in to the SAG Awards to see if Cynthia beats out Jennifer Coolidge, Margaret Qualley, Jean Smart and Kate Winslet to win her category!