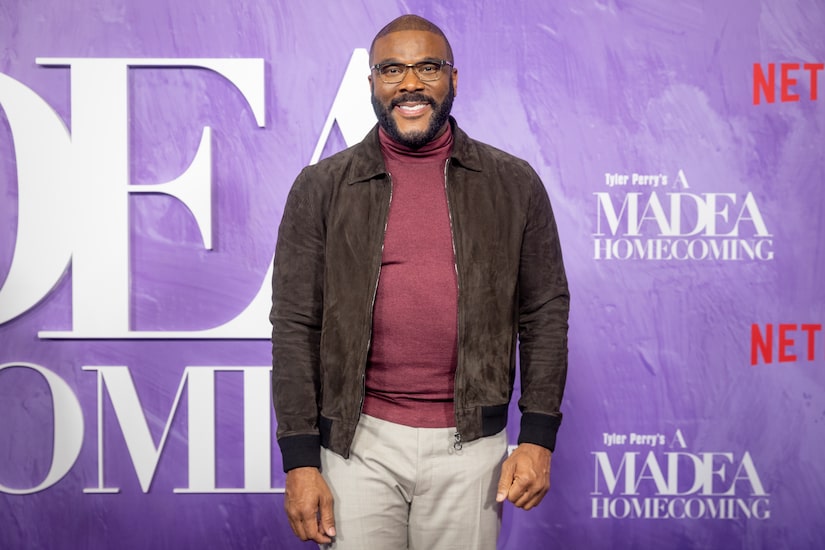 Tyler Perry is all in when it comes to promoting “A Madea Homecoming”!

The star spoke with “Extra” at the Los Angeles premiere after he dressed as Madea and channeled Mary J. Blige’s Super Bowl halftime look on Instagram.

Perry took to social media with two digitally altered images of Blige’s halftime show set, along with a story about how his character Madea Simmons had the outfit first.

How did Mary react? He told “Extra,” “I still have not heard from Mary. I'm waiting for her to call me. I can tell you what Adele said, what Beyoncé said. I'm waiting for Mary to tell me something. I hope it's good. Mary can throw ,so we'll see what happens.”

Setting the record straight on whether someone else could play Madea in the future. Perry insisted, “No, man, no. That's been put up on the shelf. There's certain things you don't touch.”

He did bring Madea out of retirement for the movie which centers on her great-grandson’s college graduation.

The star revealed he doesn’t like to watch his own work. “No, I'm going to sit and watch it tonight and that's going to be it,” Tyler said. “Once I watch it with the audience and make sure it did exactly what I wanted it to do, I'm out.”

He is not ready to let his 7-year-old son Aman watch it either. “Absolutely not — are you kidding me? I'm not scarring him yet. Wait till he gets a lot older before he can see Madea. He's not ready for that. But my family loves what I do.”

His son has to wait, but you can watch it Friday on Netflix! 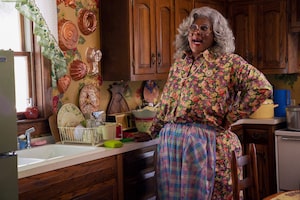 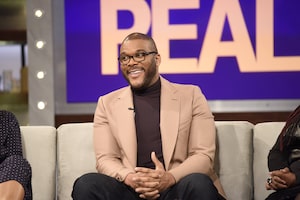 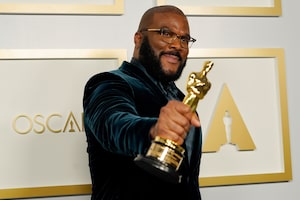 Tyler Perry on His Oscars Speech: I Hope More People Will ‘Meet in the Middle’