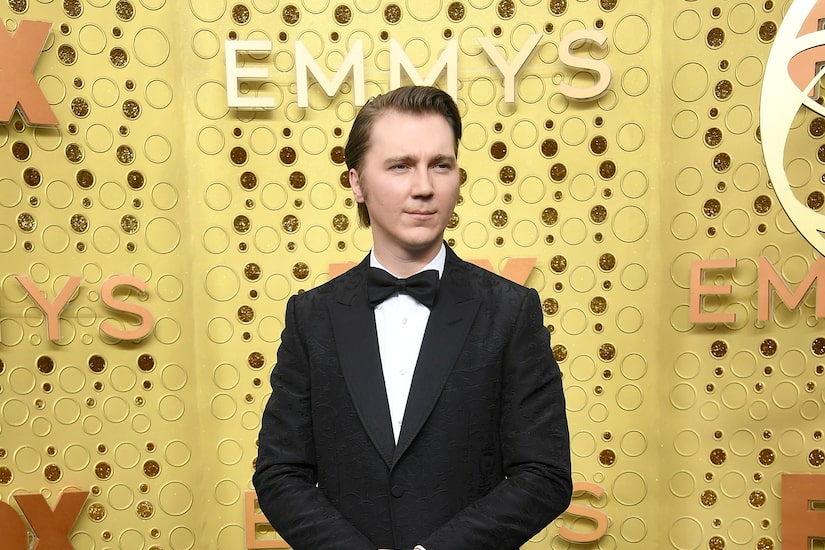 “Extra’s” Rachel Lindsay spoke with Paul Dano and Jeffrey Wright about their roles in “The Batman.”

Dano explained why his version of the Riddler is potentially scarier than previous iterations, saying, “The way [director] Matt [Reeves] entered this character in this film… the detective element and the way he uses the character of the Riddler… I think is totally brilliant. I think the contact that he’s making with reality, rather than it being larger than life in a way, that is easier to tuck away as an audience member. I think this Riddler is more scary, I think the film is potentially a little more terrifying because of the reality that is there.”

As for how he channeled the Riddler, Dano gave credit to Reeves’ “totally beautiful script.” He added, “I  was honestly so surprised there could be a Batman script and film that was such an immersive spectacle while being so character-driven and emotional and thematically powerful and psychological… Matt laid them all for us.”

He stressed, “The Riddler, for me, was largely about who that person was before he found his mask and what it would be like to be so powerless and self-hating and be in this city that didn’t you the nurturing you needed and then to find something that allowed you to release all of that energy and anger.”

In the movie, Jeffrey plays James Gordon, a “cop on the street” who is in the “middle of things” while going after the Riddler. He pointed out, “Gordon is, as I came to realize, just continually overwhelmed. He’s still going at it, but it’s just coming at him with such a velocity he can barely stand… I think that’s the reason for this partnership with the Batman.”

In this movie, Batman is played by Robert Pattinson.

Jeffrey also raved about Matt, saying, “I loved the script and I love what Matt’s done with it because it think he’s really done something that fans have been thirsting for, to go back to the origins of this much-beloved series and really flesh it out in a compelling way.”

He went on, “Matt, in this script, used mystery and the solving of these crimes as a way to drive the film, but also as a way to explore issues and dynamics that are relevant in our contemporary way.”