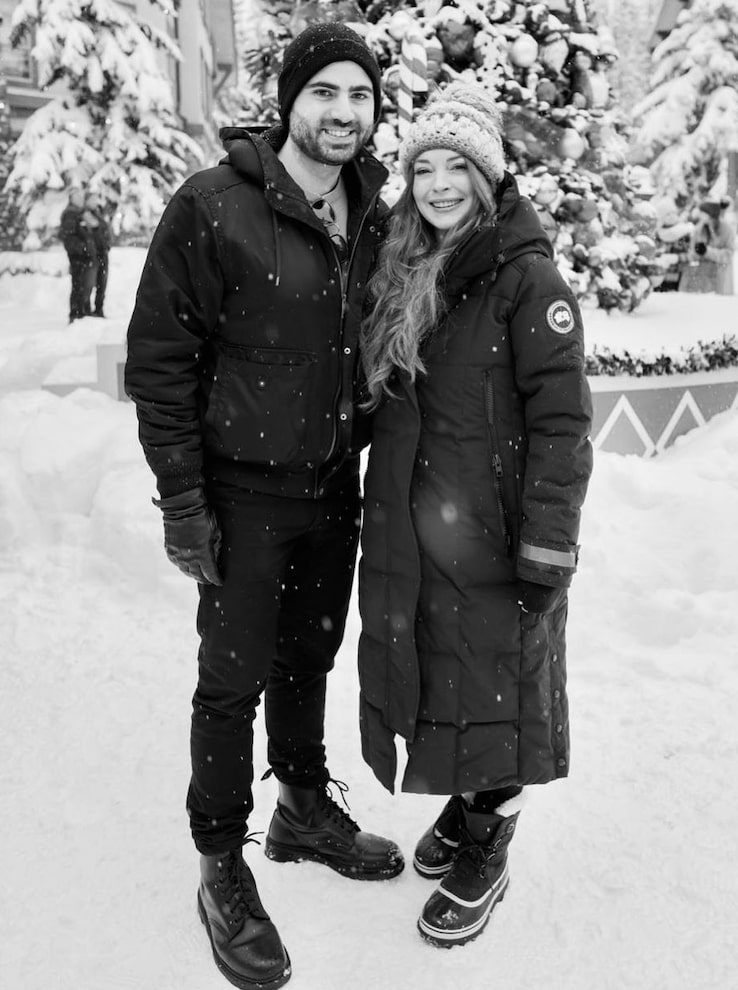 Lindsay Lohan is opening up about her upcoming wedding to Bader Shammas, life in Dubai, and her new Super Bowl ad for Planet Fitness in a new interview with “Extra’s” Rachel Lindsay.

Lindsay announced her engagement to Bader in November, and now she’s talking about it for the first time.

Lohan insisted, “I'm definitely not like that. I'm more… low-key… Even on my birthday, I want to make sure everyone else is good. And then I can be okay. So, I'll be more like that. I'm looking at destinations. I've already started talking to a friend of mine about the dress… But I want to do things right and I want to pace everything.”

Rachel told her, “You going to do multiple — you have to have an outfit change.”

The actress met her partner Bader in Dubai, where she has lived for eight years now. She admitted she misses her family, but loves her life there. “During COVID… I really started to miss my family being away from them,” she said, adding, “What I love about Dubai is that there's a sort of serenity that I find there. Maybe it's because it's so far outside the entertainment side of the world… But I feel a peace and a solace that I don't get anywhere else… So when I moved there, I had all this time to look at myself and see how I want to do things in the future, what makes me happy, and how I can be my best at doing them.”

Back at home, she is sharing Super Bowl ad space with William Shatner, Dennis Rodman, and Danny Trejo. “It's more fun when you're doing the Super Bowl because it's so secretive, so you feel like you're doing something wrong, but so good!”

She went on, “It was the first thing that I've shot in L.A. in years. That was exciting, too, just to be back and have that energy of being at a studio, doing a commercial, setting up, getting to set. It was really exciting and really fun.”

She also has a new Netflix movie with Chord Overstreet called "Falling for Christmas," saying, “It's really hard to find a romantic comedy to watch these days. So when I read this script, I was like... 'Okay, if I'm coming back and doing something, it's going to be this.'”

Lohan added, “I will be doing more films, spacing things out, and I have a podcast that I started, which is really exciting, which is really new for me because I'm used to being on the receiving end of answering questions and I'm not as comfortable with asking them, so that's something I'm learning to do as I go as well.”

Rachel asked, “There's so many wonderful things happening for you… So what are you grateful for the most in your life right now?" 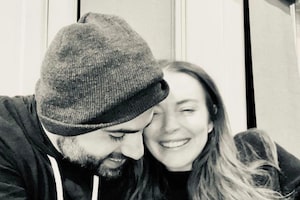