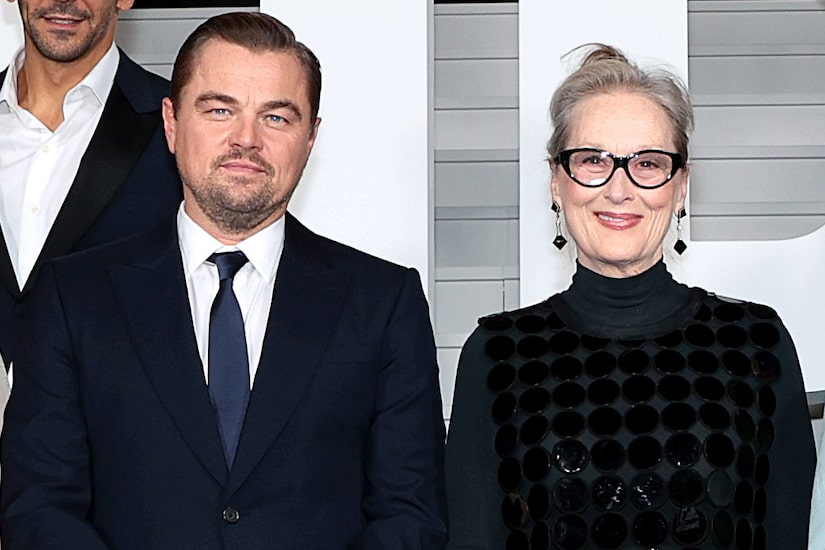 Sunday saw a star-studded New York premiere for the new movie “Don’t Look Up,” and “Extra’s” Cheslie Kryst was there talking with Oscar winners Leonardo DiCaprio and Meryl Streep about the importance of the film.

The movie is about two low-level astronomers, played by Leo and Jennifer Lawrence, who must go on a giant media tour to warn of an approaching comet that will destroy our planet. The film also stars Jonah Hill, Ariana Grande, Cate Blanchett and Tyler Perry as morning TV hosts.

Leo told Cheslie, “I wanted it to really be… me tipping my hat to the scientific community and those that really devote their lives to the issues like this, that really know what they're talking about, and that are going to save us from imminent disasters like the climate crisis.”

Leo is especially proud of an emotional scene that was re-written 15 times. Referencing the 1976 drama “Network,” famous for Peter Finch’s “I’m as mad as hell and I’m not going to take this anymore” speech, he said, “We worked on that endlessly and I love movies like ‘Network’… They always have those seminal moments where the characters break down.”

“Don’t Look Up” is a sci-fi comedy and satire on our current climate crisis, with Meryl playing a president in denial. She told Cheslie, “Everybody wanted to make this so bad because of what it's about.”

Cheslie asked who she based her character on, and Streep shared, “I had a bunch of different people. Some related to me. Some not. I'm kidding.” She added, “This is kind of a preposterous character because, as you and I know, no woman elected president would be allowed to have multiple boyfriends and appoint them to the Supreme Court. That just would not fly.”

Filming in the middle of another worldwide crisis, COVID-19, also had its challenges. “This was a weird, weird thing because… shooting the rehearsals like this and then we had the shield that comes down over the top so you couldn't hear anything anybody's saying in the rehearsal. Then they say… ‘Okay, we're going to shoot.’ Everybody rips everything away and you go... ‘I worked with you 17 years ago!’”

“Don’t Look Up” opens in theaters December 10 and premieres on Netflix December 24. 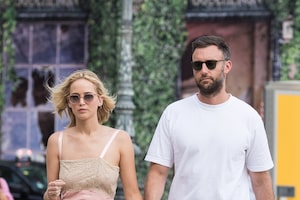