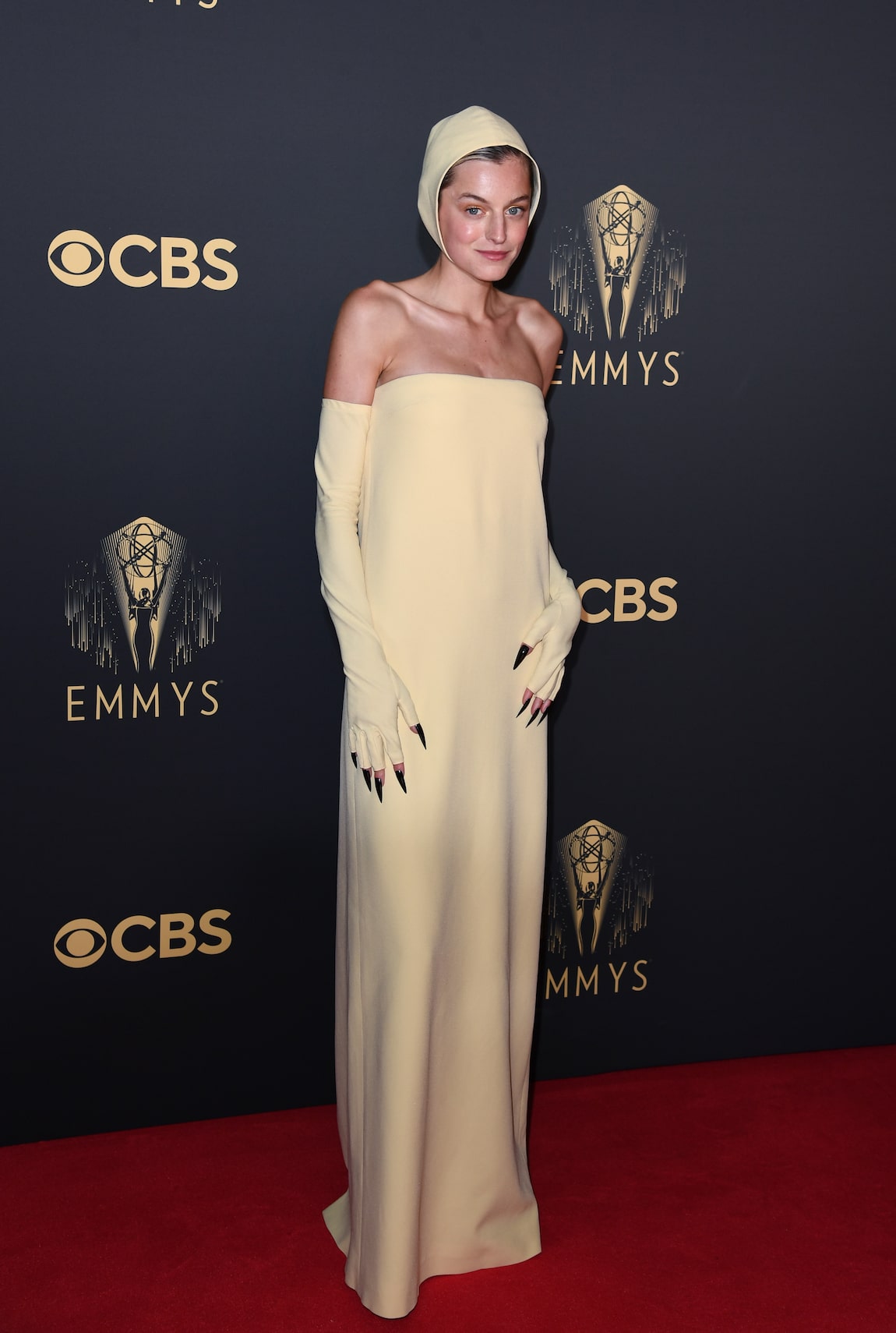 Corrin hit the red carpet in a yellow strapless gown by Miu Miu, long fingerless gloves, and a matching bonnet.

Emma is nominated for Outstanding Lead Actress in a Drama Series for her portrayal of Princess Diana. She is up against co-star Olivia Colman, Uzo Aduba, Jurnee Smollett, Mj Rodriguez and Elisabeth Moss.

Instead of attending the star-studded event in Los Angeles, Emma, Olivia, and many of their co-stars, like Gillian Anderson and Emerald Fennell, celebrated the Emmys at Soho House in London.

Josh O’Connell, who played Prince Charles opposite Emma, was on hand in Los Angeles.