Camila Cabello looked very much like a modern-day princess at the premiere of her new movie “Cinderella,” where she hit the red carpet without boyfriend Shawn Mendes.

“Extra’s” Jenn Lahmers caught up with the star, asking, “Where's your Prince Charming? How's he doing?” Camila replied, “He's great. He's not here tonight, but I love him.”

The singer-turned-actress made her acting debut in the modern twist on the classic story. She explained, “I took a lot of acting classes… But I was just so excited to do a film like this,” calling it “so original” and saying it “has such amazing messages. I am honored to be a part of it. It’s so special.”

Jenn asked her, “Everybody has their own version of a Cinderella story. So what's yours?”

Cabello reflected, “I feel like my life has been a Cinderella story. I was just a kind of normal kid in Miami and no connections to the entertainment industry in any way, and then I auditioned for ‘X Factor’… I had a lot of Cinderella moments when I was, like now, ‘I’m going to a ball…’”

That took her to the hitmaking group Fifth Harmony, then her solo success, and now her journey continues. She gushed, “It's crazy.” 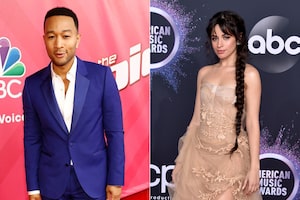 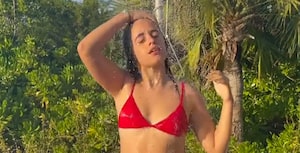 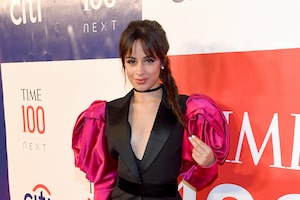