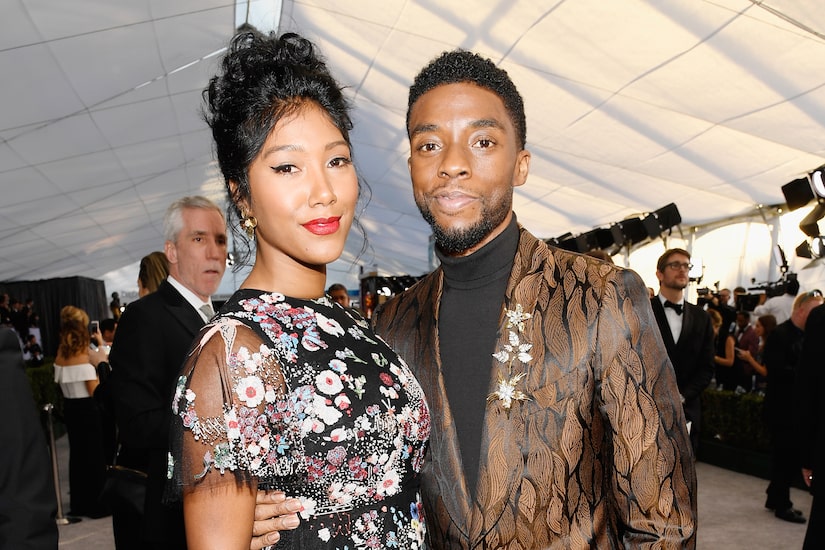 Late actor Chadwick Boseman was honored with a posthumous Golden Globe for his performance in “Ma Rainey’s Black Bottom.”

Boseman, 43, died in August after a battle with colon cancer. His widow Taylor Simone Ledward accepted the Best Actor in a Motion Picture Drama award on his behalf.

She went on, "He would say something beautiful, something inspiring, something that would amplify that little voice inside of all of us that tells you, you can — that tells you to keep going, that calls you back to what you are meant to be doing at this moment in history.”

"I don’t have his words, but we have to take all the moments to celebrate those we love," Taylor said. "So thank you, HFPA, for this opportunity to do exactly that.”

Wrapping up her heartbreaking speech, Simone addressed her late husband, saying, “And honey, you keep ’em coming. Thank you.”

In January, Simone broke her silence on Chadwick while accepting a Gotham Award on his behalf. 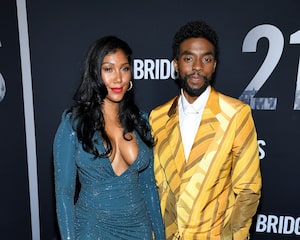 During her tearful speech, she said,  “He is the most honest person I'd ever met. He actively searched for  it, in himself, those around him, and the moment. The truth can be a  very easy thing for the self to avoid. But if one does not live in  truth, then it's impossible to live life."

“So it became how he lived his life, day in and day out," Ledward  pointed out. "Imperfect but determined. He was blessed to live many  lives within his concentrated one. He developed his understanding of  what it meant to be the one, the none and the all. 'A vessel to be  poured into and out of,' he'd said."

Taylor emphasized, “He harnessed the power of letting go, and  letting God's love shine through. He realized that when one is able to  recognize that when their strength does not come from themself, they  rarely mess up. That's what he was doing when he was acting. Modeling  for us a path to true fulfillment. May we not let his conviction be in  vain. May our spirits be fertile soil for God's wisdom to fall upon. So  thank you. Praise God.”

Ledward also had a message for Chad, saying, “Chad, thank you. I love you. I am so proud of you. Keep shining your light on us.”