Rob Lowe just made headlines for claiming he saw Prince Harry with a ponytail!

“Extra’s” Billy Bush caught up with Lowe, who explained why he thought Harry had a new ’do.

The actor, who lives near Prince Harry in Montecito, said, “I get excited when celebrities and famous people move into my neighborhood… I was at the stoplight and I saw a very blacked out look-at-me-don’t-look-at-me, that kind of car… and I looked and it was for sure him. I think it was a ponytail. I could be wrong. I’m not going stake my journalistic reputation on it.”

He continued, “This is the same guy that said Peyton Manning was retiring and he only went on to win one more Super Bowl after that. I may be the guy who invented fake news.”

Rob is breaking all sorts of news with his star-packed podcast “Literally.” He just got Lisa Kudrow to dish on the “Friends” reunion, telling him they already shot some stuff for the highly anticipated HBO Max show. “This week is Lisa Kudrow, and I got her to tell me about some secret stuff that she shot for the ‘Friends’ reunion.”

Billy told him, “Pass that on, pass that on. Give us a taste.” Smiling, Rob replied, “Listen, Billy Bush… You’re not the only people getting scoop today.”

His show, “9-1-1: Lone Star” is back for Season 2. Billy pointed out, “We’re coming in with a massive explosion. There is a death. What is happening in this premiere?” Rob answered, “This year is actually really funny because of Lisa Edelstein, who was my character’s girlfriend on ‘The West Wing.’”

Billy commented, “Reunited and feels so good.” Rob agreed, “It feels very good and it feels very funny, but in the next scene you could have someone fall into a lava pit… It’s really a big year, really fun. Really fun.”

Billy complimented the 56-year-old, saying, “Rob, you’ve managed to stay in good shape. I don’t see the COVID 15 on you.”

Rob told him, “Oh, it’s here, if you don’t think I’ve framed this… But in all seriousness, it’s why I’m working for the Atkins people, because everybody I talk to is like, ‘What do I do with this COVID weight?’"

Billy asked about "The Atkins 100 Eating Solution" book, and Rob answered, "The book that I wrote the foreword on is great if you have these kinds of questions.” 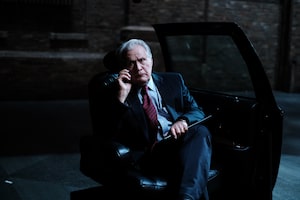 ‘The West Wing’ Is Back! EPs Aaron Sorkin & Tommy Schlamme on Turning an Episode Into a Play 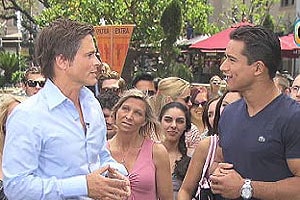 Rob Lowe Tells 'Stories I Only Tell My Friends' 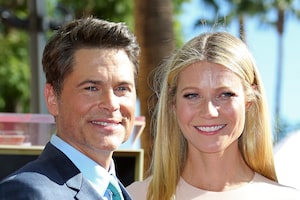