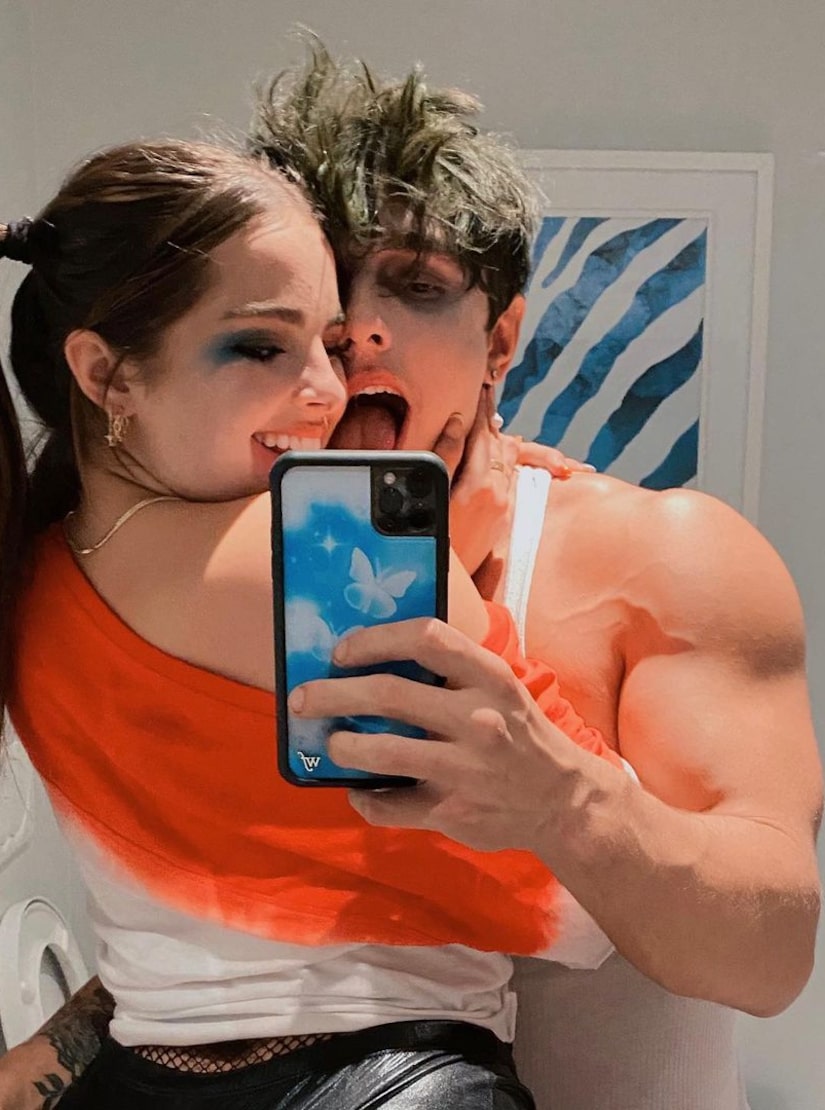 Addison Rae is the ultimate TikTok dance queen, with 69 million followers! Now, she’s dishing with “Extra’s” Jenn Lahmers about her videos, friends, collab with American Eagle and everything she has on the horizon.

Her most-watched video had over 200 million views, and she says, “It was a video of me with just two of my friends, it was just a dance.”

The 20-year-old from Louisiana is now a rising Hollywood superstar, Kardashian BFF, and paparazzi magnet, reportedly making millions off her social media empire.

Now, all the fans want to know what’s going on between her and fellow social media superstar Bryce Hall. Rae says, “We are just living life and experiencing things, you really just never know until you give things a shot.” Adding, “I think there’s a lot of things going on in both our lives, but when we’re ready, we’ll let everyone know.”

She is collaborating with American Eagle on a Disney campaign about following your dreams, marking her third time working with the company. Her advice? “Be diligent and be motivated and continue to remind yourself of where you want to be… For me it was about surrounding myself around people I love… Constantly being grateful and thankful just to keep me going.”

Addison pointed to American Eagle stores and online to pick up the items from the collection. “I have a lot of favorites she said, I’m wearing one of them right now… it’s so comfortable and cute.”

She even got to TikTok with Disney’s very own Mickey Mouse to celebrate the American Eagle collection, telling Jenn, “It was a really fun moment for me and hopefully Mickey enjoyed it too!”

So what’s next for Rae? “I’m working on my movie that’s coming out.” That movie is a remake of “She’s All That.” “I don’t know if I can talk too much about it yet,” Addison said.