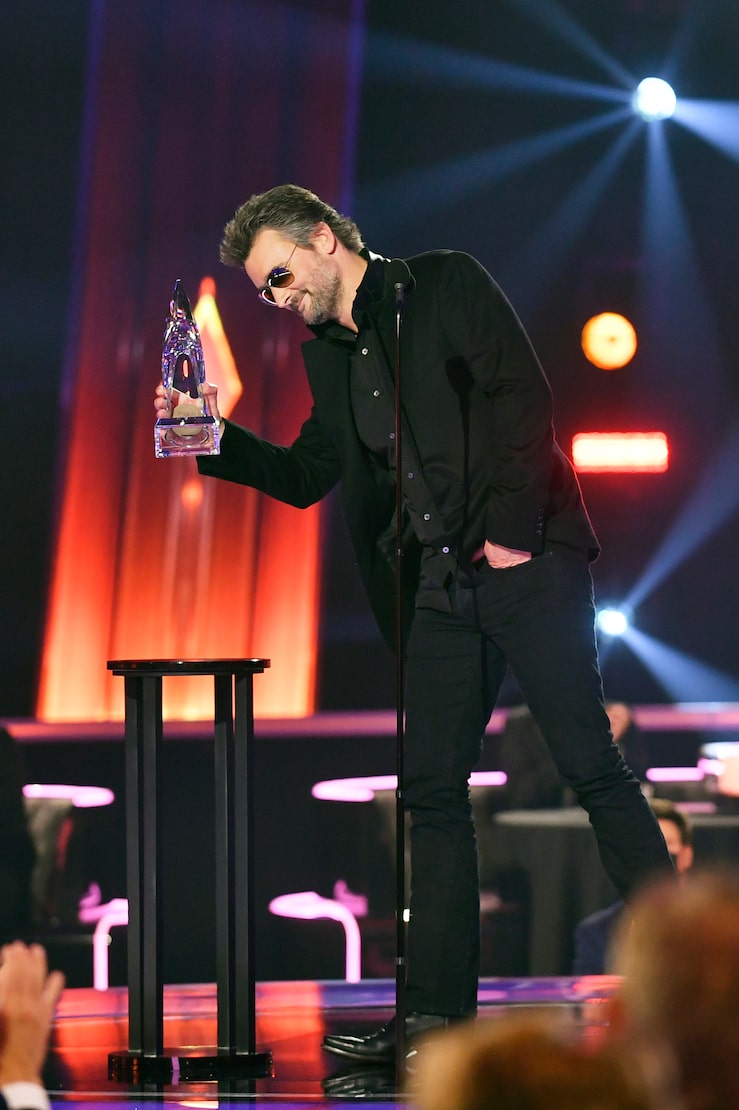 After belting out his hit “Hell of a View” at the 2020 CMA Awards, Eric Church won Entertainer of the Year, beating out Luke Combs, Keith Urban, Carrie Underwood and Miranda Lambert.

On Wednesday night, “Extra’s” Alecia Davis spoke with Church after his win. He admitted, “I felt a little uncomfortable, if I’m being honest, accepting that award. I have not played in over a year. I have not strapped on a guitar, so it was hard. I appreciate it so much, but at the same time… this year is not about this particular award but about the fact that we’re all trying to gather again, all trying to get back to normalcy.”

During his acceptance speech, Eric referenced the unifying effect of music. He explained to Alecia, “If you look around right now, we’re all about division — you have people that pick political sides and every other side. But when you’re at a concert and you put your hand around the person next to you and you sing whatever song that is that you love and you sway back and forth, you don’t know if he is a Democrat or Republican, if he cares about gun rights or abortion rights — you just enjoy that moment.”

“That’s what is missing right now, that’s what has been put on pause,” Church emphasized. “As everything else has been political, that moment of communion, of being America, has gone away. For me, it’s about getting back to that. I think music, it’s the tip of the spirit.”

Eric was happy to be able to do the show in person, saying, “It was really cool to look around and go, ‘We can do this.’”

Expressing how much he misses the crowds, Eric pointed out, “I wish we could do this with the fans… I still miss that.”