Her lawyer, David H. Gehrke, told the site that Letourneau had been battling stage 4 colon cancer in hospice care for the past month. He confirmed her estranged husband Vili Fualaau was by her side, and that he had helped care for her.

A spokesperson for Vili told TMZ it's a very hard time right now.

Gehrke also spoke to KOMO News in Seattle, and said, "It was expected but sad anyway. She was a good person.“ The local news channel reports that funeral arrangements are pending.

TMZ reports Vili recently posted a photo of himself wearing a mask on Instagram with the caption, “Praying for a miracle.” 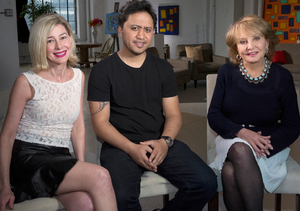 Letourneau was the former sixth-grade teacher from the Seattle area who was arrested in 1997 for raping Fualaau, who was her 13-year-old student. She was 34 and a married mother of four at the time.

Letourneau talked about the media frenzy surrounding their relationship, “I don’t know if enough time will pass to take away what the media did to our story, because it was so big and they ran with it so fast. There is a story of us that has a life of its own, but it isn’t our story.”

When Barbara asked Vili about becoming a father at just 14, and again the following year, he said, “It was a huge change in my life, for sure. I didn’t feel like I had the right support or the right help behind me… from anyone. My friends couldn’t help me because they had no idea what it was like to be a parent, because we were all 14, 15.”

He revealed that he has suffered from “a lot” of depression. “There is this hopelessness like you can’t do anything, nobody understands you and you can’t talk to anyone. I wish I just had a little better guidance through everything. It was really confusing for me. We are going to label this kid as a victim and we are going to make this woman an example for all other teachers who try to go down the same path.” 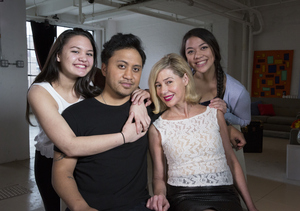