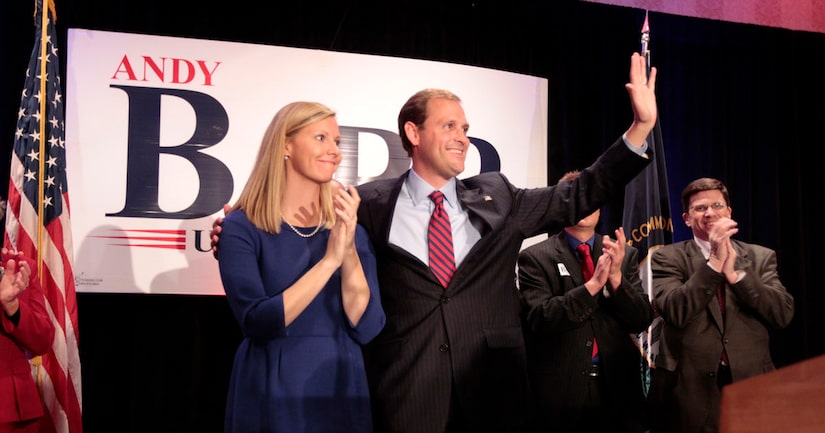 The 39-year-old mother of two, who went by Carol, was found dead in her home office in Lexington on Tuesday evening.

According to the American Heart Association, “MVP is a condition in which the two valve flaps of the mitral valve don't close smoothly or evenly, but bulge (prolapse) upward into the left atrium.” The association notes that it is rarely serious, however, “in the most serious cases it can cause abnormal heartbeats that may eventually become life-threatening.”

“It was sad. We got a young mother that we don't have a cause of death for,” he said. “There's no explanation for it at the scene. Obviously, an autopsy was necessary to determine the exact cause of death.”

He said the family is “coping the best they possibly can,” adding, “They're all very together and trying to stay together.”

Barr released a statement on Twitter, saying, "At this time of tremendous grief and pain, we ask for prayers for our beautiful, dear and precious Carol, the greatest, most selfless and giving wife, mother, daughter, sister and friend anyone could ever have.”

Congressman Andy Barr released the statement below regarding the sudden passing of his wife Carol on Tuesday evening: pic.twitter.com/mYllc9D97k