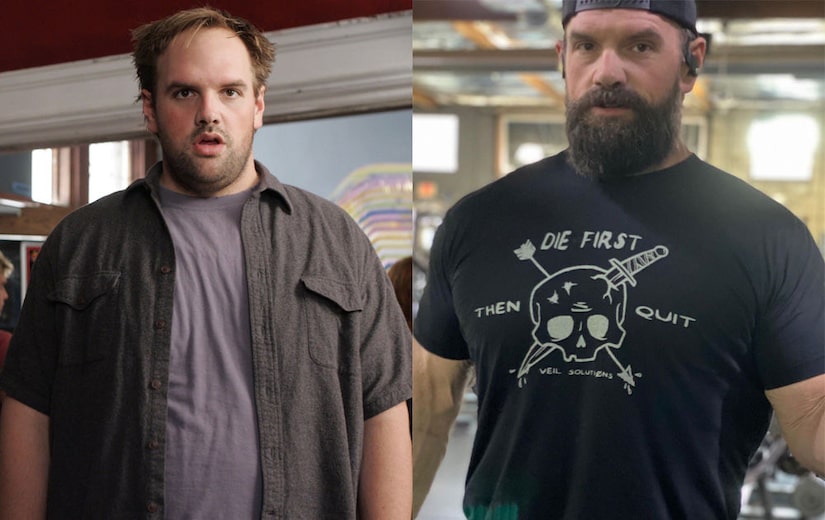 Ethan Suplee, best known for his roles on “My Name Is Earl” and in “Remember the Titans,” has slimmed down and bulked up!

“Extra's” Billy Bush sat down with the star, who opened up about his stunning transformation after dropping 100 lbs.

Looking at side-by-side photos of himself then and now, Ethan said, “I see a guy who didn't really care, and then a guy that maybe cares a little too much.”

His issues with food began as a child. Suplee said he didn't think of himself as an overweight kid, but his family did. “When I showed up at my grandparents' at 5 they really started restricting my food, so I started sneaking food. I think consuming food alone for me became a big thing because I knew they didn't want me to consume it so it all became secretive… which followed me throughout my life.”

Ethan, who was more than 200 lbs. by age 10, said that it wasn't until adulthood that he finally turned to someone for help — his wife. He explained, “My wife never brought up diet to me… I called her really upset one time from Romania and said, 'I want to make a change. I am turning over the power to you. Help me.' She said, 'Great, we are going to diet!'… It was the best change of my life.”

The actor revealed he was even thinner than he is now at one point — but he wasn't as happy. “My skin hung off me,” he said. “I felt frail. I felt like a light breeze would knock me over.”

How does he feel now? “I feel fantastic,” he told Billy, adding that he spends “about an hour in the gym every day.”

The 43-year-old also got sober in 2002, saying that was easier than dealing with food issues. “Drugs and alcohol, you can stop, you can become a sober person. You kind of always have to eat. You don't just give up eating… So I have to regiment my eating.”

He's realistic about his obsession with food, saying, “I numb myself with it. I entertain myself with it. I anesthetize with it, and I have to just stay away from that. I am pretty perfect with my diet, but when I do deviate from my diet I plan that out meticulously… I always have restrictions.”

Suplee is sharing his journey on his new podcast “American Glutton,” explaining, “I talk to everyone… cardiologists, PhD physiologists, average guys struggling with diets, people who have been successful with diets, and we just talk about every aspect about it.” 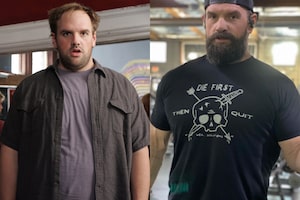 ‘My Name Is Earl’ Star Ethan Suplee Unrecognizable After Losing More Than 100 Lbs.