“Extra” has the exclusive… check out the new poster for Corey Feldman's documentary “My Truth: The Rape of Two Coreys.” 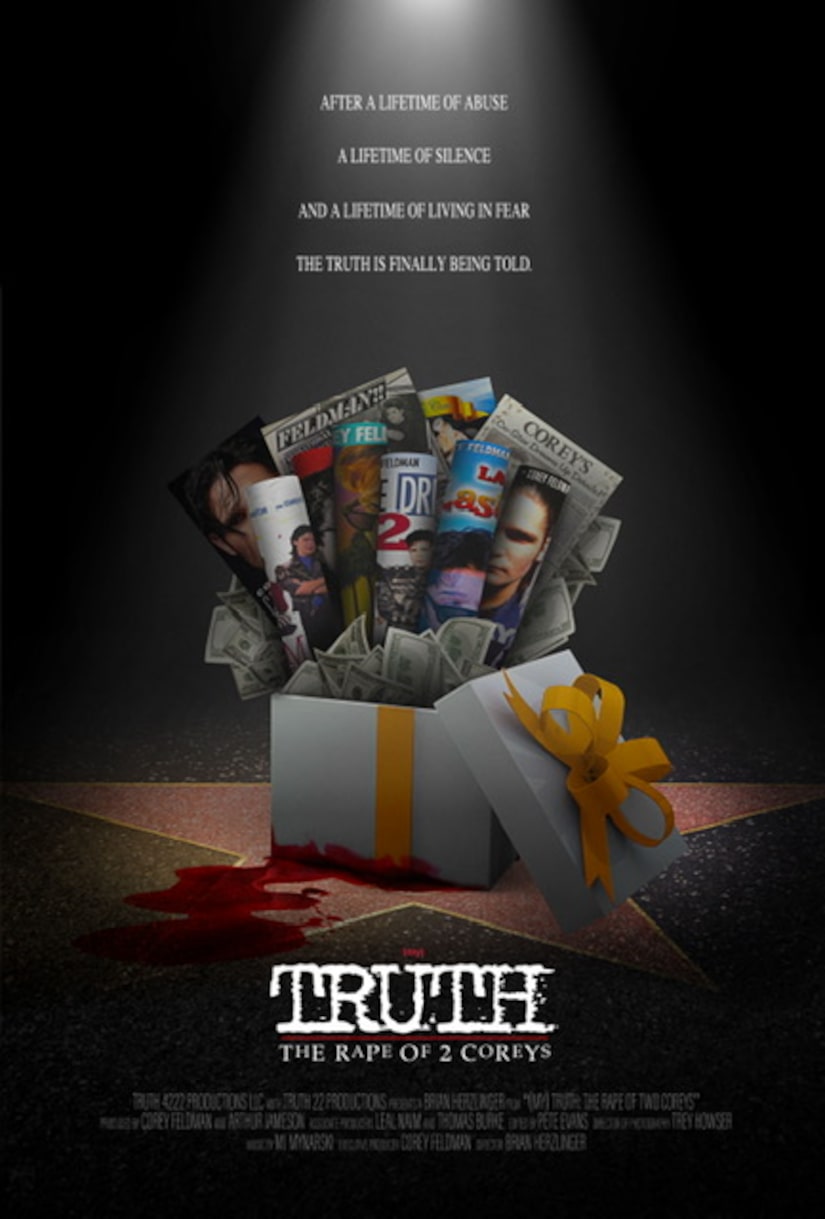 The documentary focuses on the abuse that Feldman says he and his best friend Corey Haim suffered as children in the entertainment industry.

“My Truth: The Rape of Two Coreys,” directed by Brian Herzlinger, also features interviews with their co-stars and friends, including Keith Coogan, Jamison Newlander, and the late Kristoff St. John.

The film will premiere on March 9 to commemorate the tenth anniversary of Corey Haim's death.