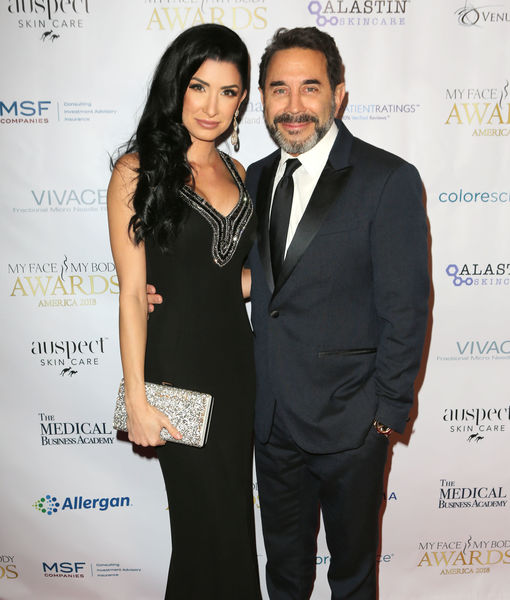 Over the weekend, Nassif, 57, and Brittany Pattakos, 27, celebrated their love at a wedding reception on the Greek island of Santorini.

Brittany wore a gorgeous Nektaria Georgys gown for the reception, which was attended by 65 guests.

Brittany told E! News, “Paul and I are incredibly grateful to have family and friends from around the world join us in the blessing of our marriage here in Santorini, Greece. We are equally as thankful for the family we had at our official wedding ceremony in Los Angeles on September 28, 2019.”

Two weeks ago, Nassif and Pattakos exchanged vows at St. Nicholas Antiochian Orthodox Church in Los Angeles, which was witnessed by 70 guests including his co-star Terry Dubrow.

The wedding came just a few months after Nassif popped the question to Pattakos on a romantic boat ride in Newport Beach, California. Along with posting a video, he wrote on Instagram, “This weekend I found out I get to spend the rest of my life with my soulmate...”

Of the proposal, Paul told Page Six, “I went to my friend’s house, Lisa Mitchell, first. And we had it all surprised where I got in their Duffy boat and I went underneath the bridge where my friend Mitchell hung up a sign. But by the way, he put my photo up there. I didn’t ask him to! I just said, ‘Brittany, would you marry me?’”

“And I made a U-turn under the bridge. I asked her for a glass of wine. She goes, ‘Why are you turning so fast?’ By the way, the Duffy only goes 6 miles per hour. And I go, ‘Look!’ So she looks at the sign. She’s staring at it. And I’m looking at it,” Paul went on. “She goes — she doesn’t even read the words — she goes, ‘Why is your face up there?’ Basically like, ‘Where’s mine?’ And then she read the words and I was down on my knees and I give her the ring. And she still mentioned funny, you know, ‘Oh, my God. How come your picture’s up there?’ That’s what she was focused on!”

Nassif got down on one knee with a “beautiful, round diamond ring.”

After she said yes, they celebrated their engagement with a party. He shared, “Terry [Dubrow] and Heather [Dubrow] were there, plus my friends. It was just really beautiful.” Terry knew Paul was going to propose, and had to keep the secret for a month.

Late last year, “Extra" spoke with Nassif, who opened up about his relationship with Pattakos. When asked if he was ready to get married again, he said, “We'll just say things are going exceedingly well. If something happens, let it happen.”

Paul was previously married to Adrienne Maloof for 10 years, but they called it quits in 2012. At the time, they told People magazine, “We want the best for each other and we’re confident we can help each other make a continuing positive impact with our children. We’re happy to be moving forward with our lives in a positive way, not only individually but as co-parents.” 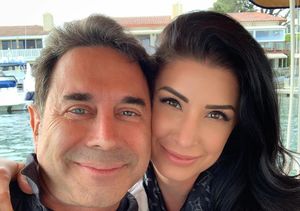 Amanda Bynes Introduces Her Fiancé, Plus: See the Ring! 7

Rekindled Romance! Gigi Hadid Confirms She’s Back Together with…