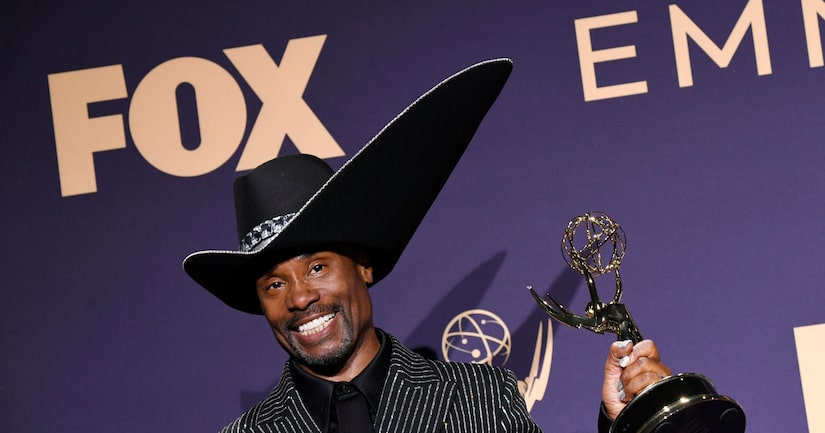 The stars were out on Sunday for the 2019 Emmy Awards!

There were plenty of laughs and some emotional moments, too, as the industry celebrated TV's best.

The host-less show started with a bang as Homer Simpson took the stage... only to get hit with a piano! 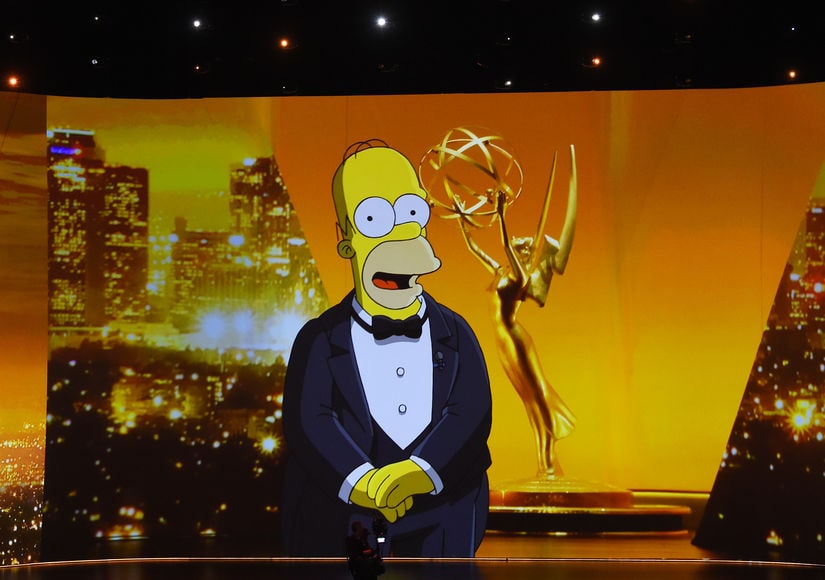 Then, “black-ish” star Anthony Anderson declared he would save the show. He ran backstage, where he grabbed a few Emmy statues with help from his mom, before forcing Bryan Cranston onstage as impromptu host.

Cranston quickly got into character, launching into a monologue about the history of television.

He even gave a nod to “Breaking Bad,” telling the audience of watching Neil Armstrong walking on the moon, “I was 13 years old, and sitting in front of the television on that day, it opened up a universe of possibilities. I could be anyone. I could go anywhere — even Albuquerque.”

Alex Borstein of “The Marvelous Mrs. Maisel” also brought the funny when she told the crowd she wasn't wearing underwear as she accepted her Emmy for Outstanding Supporting Actress in a Comedy Series. 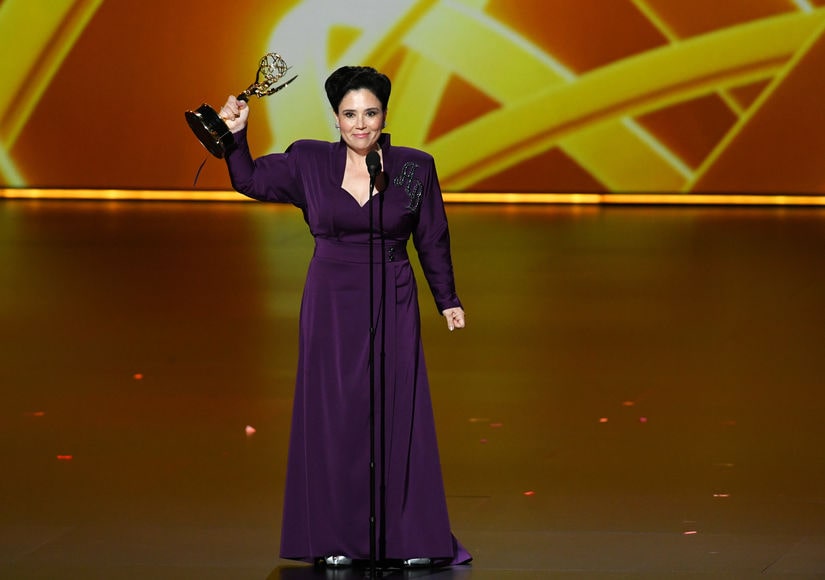 Her speech took a serious turn when she dedicated her award to “Maisel” creator Amy Sherman-Palladino and thanked her mother and grandmother.

She said, “They are immigrants, they are Holocaust survivors. My grandmother was in line to be shot into a pit. She said, 'What happens if I step out of line?' [The guard] said, 'I don't have the heart to shoot you, but somebody will,' and she stepped out of line.”

Patricia Arquette also gave an emotional speech. As she accepted her Emmy for Outstanding Supporting Actress in a Limited Series for her role in "The Act," the Oscar winner shared her heartbreak over the death of her transgender sister, Alexis Arquette, who passed away in 2016. 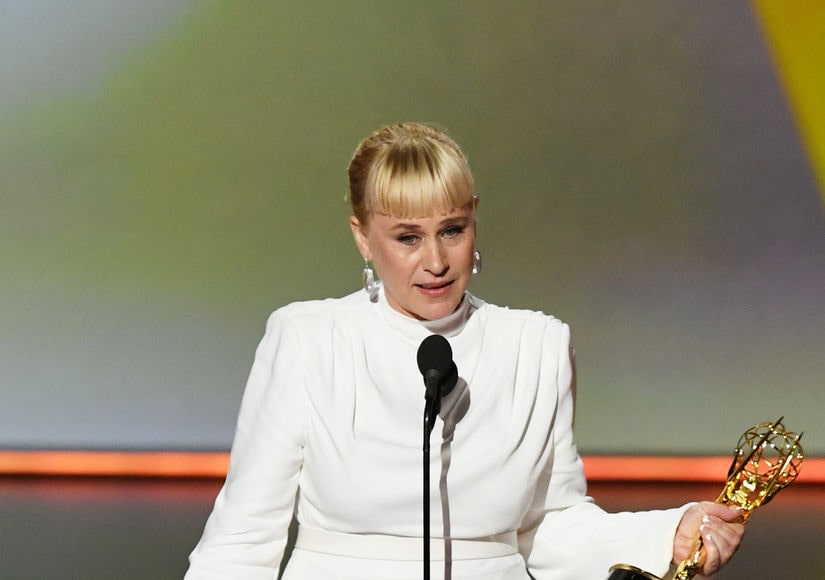 “I just have to say I'm grateful to be working, I'm grateful at 50 to be getting the best parts of my life,” she said. “But in my heart I'm so sad. I lost my sister, Alexis. Trans people are still being persecuted. I'm in mourning every day of my life, Alexis, and I will be for the rest of my life for you until we change the world so trans people are not persecuted. And give them jobs. They're human beings, let's get rid of this bias we have everywhere.”

Michelle Williams also used her speech to send a message. The “Fosse/Verdon” star, who won an Emmy for Outstanding Actress in a Limited Series for her performance as Broadway legend Gwen Verdon, made an impassioned plea for equal pay.

She explained, “My bosses never presumed to know better than I did about what I needed in order to do my job and honor Gwen Verdon.”

Williams went on to say, “They understood that when you put value into a person, it empowers that person to get in touch with their own inherent value. And where do they put that value? They put it into their work. And so the next time a woman, and especially a woman of color — because she stands to make 52 cents on the dollar compared to her white male counterpart — tells you what she needs in order to do her job, listen to her. Believe her. Because one day, she might stand in front of you and say thank you for allowing her to succeed because of her workplace environment, and not in spite of it.”

“Pose” star Billy Porter made Emmys history as the first openly gay man to win an Emmy for Outstanding Lead Actor in a Drama Series. As he took the stage, Porter said, “The category is LOVE!” before telling the audience he was “overwhelmed to see this day.” He ended by saying, “We, as the artists, are the people that can change the molecular structure of the hearts and minds of the people who live on this planet. Please don't ever stop doing that. Please don't ever stop telling the truth!”

The Emmys closed with the two biggest categories… for Outstanding Comedy Series and Outstanding Drama Series.

It was a bittersweet night for the “Game of Thrones” cast, as the team took home Outstanding Drama Series for the show's final season. Co-creator David Benioff told the crowd, “The last 10 years have been the best years of our lives.” Earlier in the night, when Peter Dinklage won his Emmy for Outstanding Supporting Actor in a Drama Series, he told David and fellow creator D.B. Weiss, "Dave and Dan, we literally walked through fire and ice for you. Literally. And I would do it all again in a heartbeat."