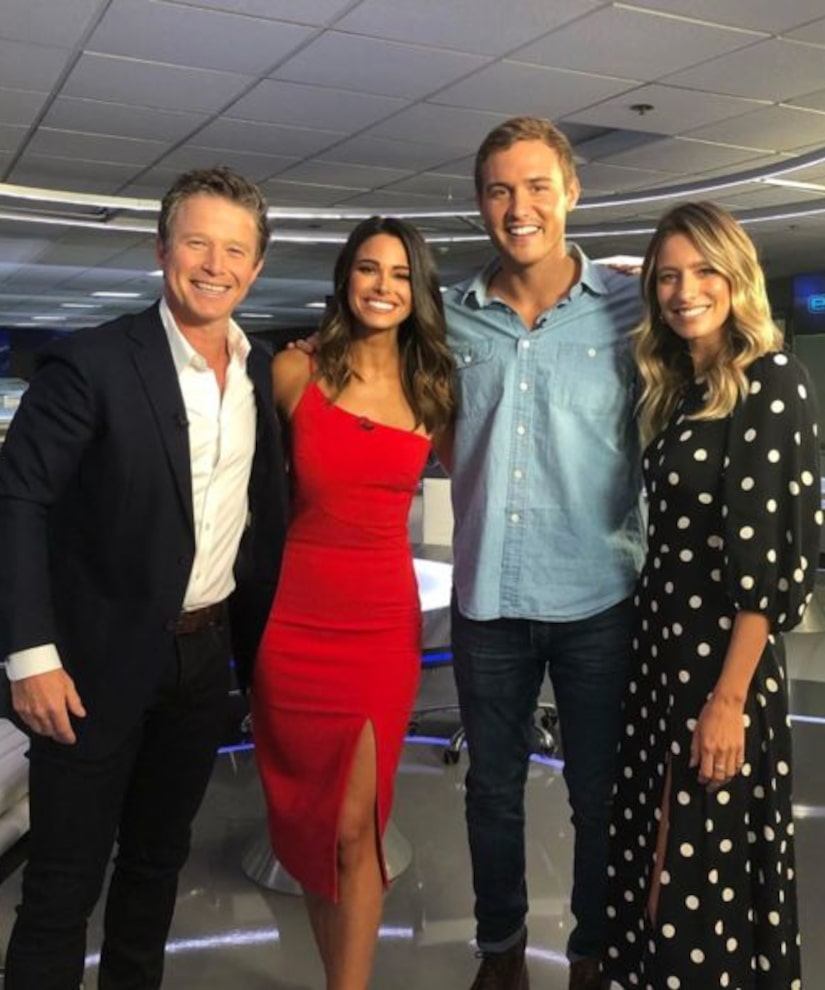 New Bachelor Peter Weber stopped by the “Extra” newsroom to chat with Billy Bush, Jenn Lahmers and Renee Bargh about his new quest for love and his past with Hannah B.

The 28-year-old, known as Pilot Pete, made quite a name for himself on “The Bachelorette” after Hannah B. revealed she and Peter had sex in a windmill, FOUR TIMES! So, what has the reaction been? “I guess I impressed a lot of people with my stamina. I'm getting 'four-Petes' a lot, that's a fun little nickname. It's so funny. I had no idea this would blow up the way it did… I didn't expect any of that to come out.” Renee asked, “Do you think that's how you got the title... the Bachelor?” Peter said, smiling, “It probably didn't hurt.”

Weber was hurt by Hannah B. when she sent him home. Billy said, “Now Hannah broke your heart,” and Peter confirmed, “That sucked. I was definitely in love with her.” He's in a better place now, saying, “Yeah, as good as I could be.”

Jenn asked if they still keep in touch, and Weber replied, “No, No.” Renee asked if he watched her on “Dancing with the Stars,” and he answered, “I wasn't able to… I'd love to. I'm her biggest fan.”

Would he ever consider his own run for the Mirrorball?

Yes! The reality star revealed, “Love to dance. So, yes. I am a huge dancer. Love country dancing, line dancing. That's my thing.”

The new season of “The Bachelor” kicks off in January 2020.