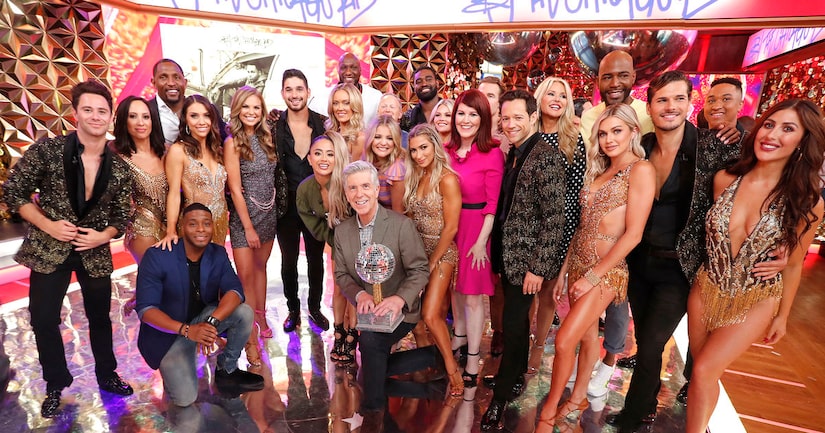 On Wednesday, the Season 28 cast of “Dancing with the Stars” was announced on "Good Morning America"!

Some of the names had been revealed days before the official announcement.

After the cast was announced, Sharna wrote on Instagram, “As I'm sure you've heard, I will not be returning to @dancingabc this season. I am unbelievably sad to not be back!!! However, what i can whole heartedly tell you is that It's all good, ALL love and in this moment I can't help but be grateful for the time and the journey that I've had, the people I've met, the incredible talent I've shared the stage with and the memories I've made. To say the least.. it's been epic. ♥️ and to have finally won still feels as exciting and special as it did the moment @tombergeron said our names.”

Artem said on Instagram, “I just want to say how sad it makes me feel not to be part of Season 28 of DWTS. It's been 10 years since I have joined this absolutely, one of a kind, incredible show! It has given me recognition as a dancer, choreographer and a teacher. I have had so many beautiful memories with all of my celebrity partners! They all have shaped me into the person that I am today.”

“Special thank you goes to all the people behind the camera who work extremely hard to not only impress our fans but to make our pro dancer's visions come to life,” he continued. “What I will miss the most is working along side my coworkers, the heroes of the show. I want to wish them and their new celebrity partners the best of luck this season! I want you all to make it better than it ever was before! Because our DWTS Fans, who mean SO much to me, want DWTS to continue going strong for many, many years to come. To all the fans, I want to thank you SO much for supporting me all these years! I simply couldn't have done it without you! Without your love! Without your connection! And most importantly without your support! You all have no idea how much I will miss you all this season! I'm already missing you all so much! Even though this is so hard on me, I will be DWTS #1 fan, cheering you all on every Monday night! Good luck to everyone on Seasons 28! With lots of Love.”

“Dancing with the Stars” premieres September 16 on ABC.