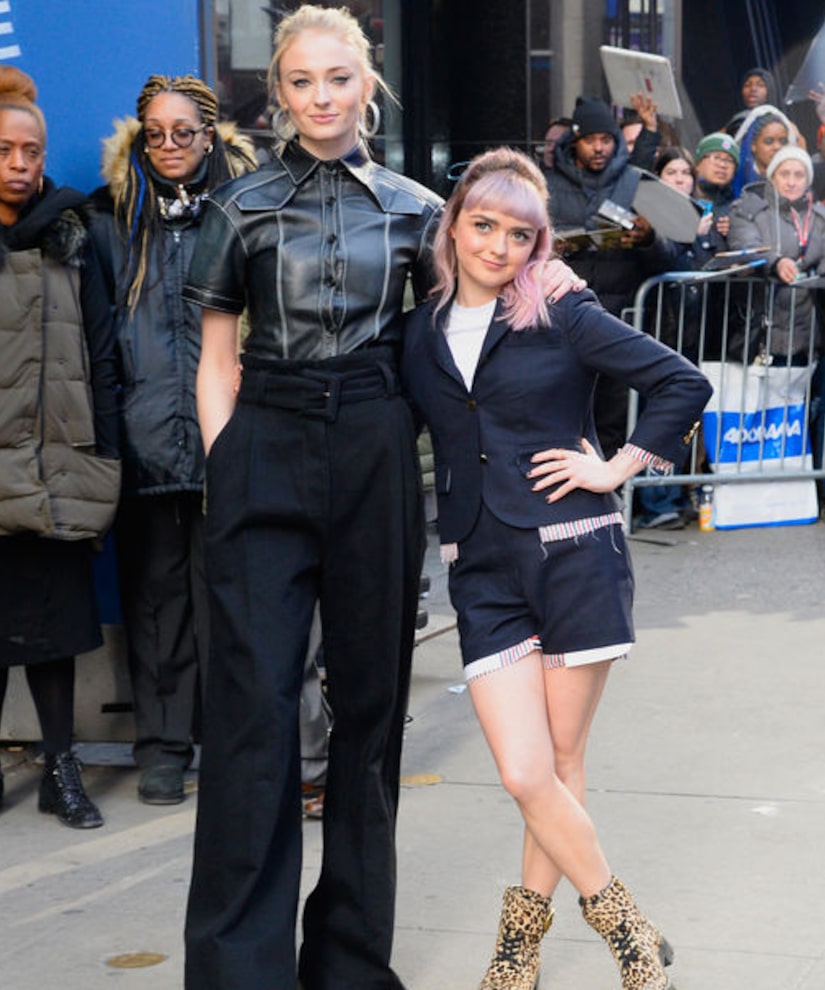 While the sisters don't always get along on screen, off screen the actresses are BFFs.

Maisie joked, “There's a reason they don't put us with any other cast member... we hate them all!” Sophie added, “It's a lot of fun, it's so nice to actually be on set… with someone you like, to be on set with your best friend, but it's also difficult to get any work done.”

On “GoT,” Arya keeps track of everyone she wants dead, and basketball legend Kobe Bryant recently told “Extra” he wants to be on her list!

Maisie and Sophie reacted to the news, screaming with excitement. Maisie cheered, “Woooooo… I didn't know that!” Sophie gushed, “That's so cool.”

Fans were not cool with Maisie's April Fools' Day joke on “The Tonight Show with Jimmy Fallon,” where she pretended to let it slip that the show ends with Arya dying.

Megan asked what if it weren't a prank at all and that's what really happens? Sophie pointed out, “Wouldn't that be the ultimate April Fools' prank?" Maisie dished, “It's very fun, that was the whole discussion. I've been on conference calls with HBO, so who knows what we decided to do in the end?”

Maisie and Sophie also commented on their co-star Emilia Clarke, who recently revealed she suffered two brain aneurysms, but is doing okay now.

Maisie shared, “She's great, she's really, really on form.” Sophie added, “Talk about a fighter.” Maisie said, “Absolutely, and the launch of her charity... we are so proud of her… I'm now happy she can share that with the world, and inspire other people who are going through things.” 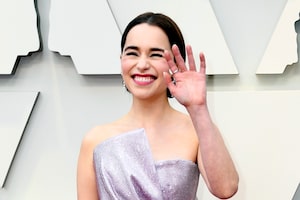 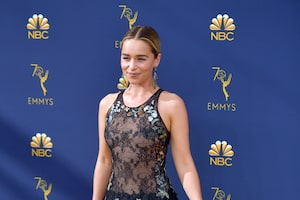 ‘GoT’ Star Emilia Clarke’s Shocking Health Revelation: ‘I Wanted to Pull the Plug’