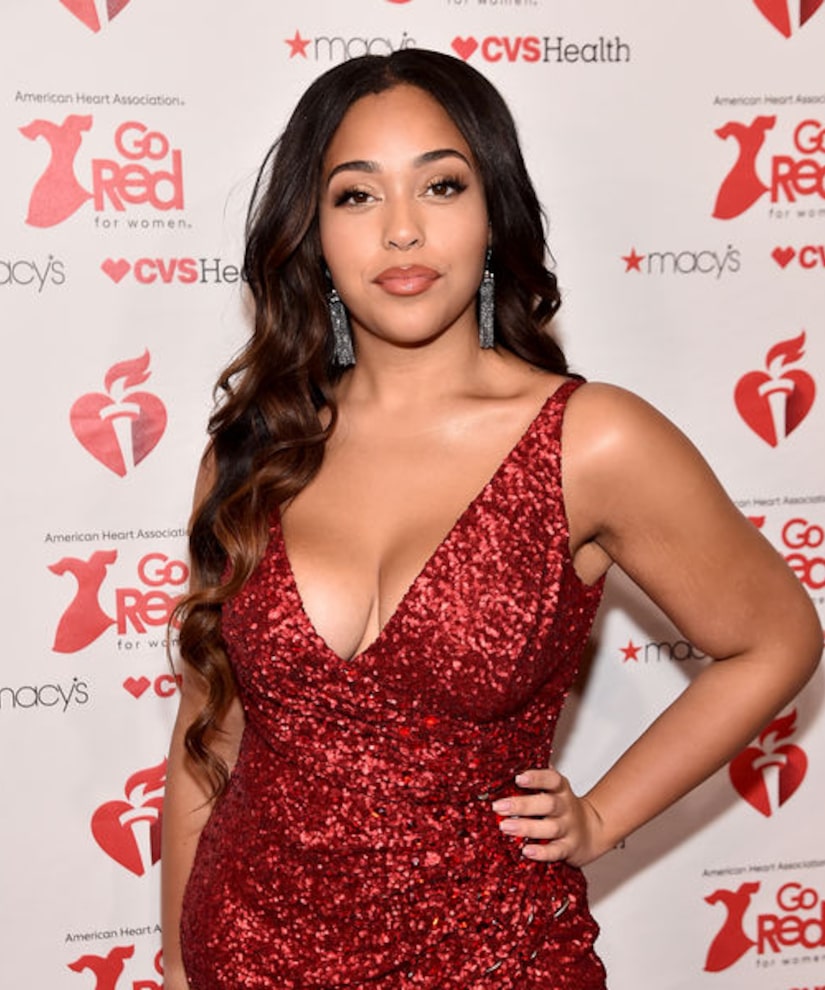 Weeks after rumors swirled that she hooked up with Tristan Thompson, Jordyn Woods is speaking her truth on Jada Pinkett Smith's Facebook show “Red Table Talk.”

Woods revealed that she and some of her gal pals went to Tristan's home to continue the party after hanging out at a bar and nightclub. She admitted that her first mistake was not thinking, “I shouldn't be here,” and not taking into consideration how Khloé would feel if she knew she were there. She added, “I should have gone home after the party. I shouldn't have been there.”

She also shut down rumors, saying, “Never once was I giving him a lap dance, making out with him, sitting all over him… never once did we leave the public area, go to a bedroom, go to a bathroom — we're all in plain sight.”

Jordyn Woods comes to The Red Table for an emotional first interview about the public scandal involving NBA Star Tristan Thompson, the father of Khloe Kardashian's daughter. She addresses the rumors and accusations. What really happened that night? It's an RTT exclusive.

Jordyn argued that the furniture arrangement may have misled people to think she gave him a lap dance. She said, “There was no lap dance involved… There was no way it would look like a lap dance, but I could see why people would say, 'They're getting cozy.'”

While she said she didn't ever have her arm around Tristan, she pointed out that her “legs were laying right over his” when she was sitting on the armchair, which didn't help. She added, “My butt was never sitting on him.”

She insisted, there was “never anything intimate.” Woods continued, “He didn't try to take me to a room… it was just an innocent time.” 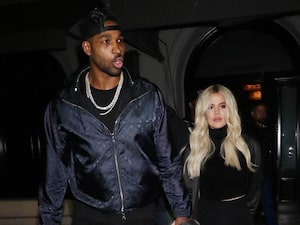 The 21-year-old said she takes“full responsibility” for not “thinking right.” While she was at Tristan's house until the wee hours of the morning, Jordyn argued that “there was always someone there while I was there… even up until the moment I left.”

She insisted, “I was never belligerently drunk, where I can't remember what happened… I was never blackouted... there was alcohol involved. I was drunk, but I was not beyond the point of recollection.”

Woods claimed that as she was leaving, Tristan kissed her. She said, “It was a kiss on the lips, but no tongue-kiss, no making out… I don't think he's wrong, either, because I allowed myself to be in that position.” She added, “When alcohol's involved, people make dumb moves, people get caught up in the moment.”

When asked if she was shocked that the kiss happened, she answered, “I didn't know how to feel. I was like, 'That didn't just happen. Let me pretend that didn't happen.'"

After she went home, Woods told Kylie Jenner and Khloé that she was at Tristan's home, but admitted, “I wasn't honest about the actions that had taken place.”

Of her decision to not tell Khloé, Jordyn said, "I just knew how much turmoil was going on." She described thinking, "Let me not throw more fuel on the fire."

She added, “I really hurt more people because I wasn't telling the truth.”

Jordyn pointed out that she is “not the reason” that Khloé and Tristan broke up. She said, “This situation may have made it harder for her to want to be with him, I understand that, but I am not the reason.”

Woods insisted that she didn't sleep with Tristan, who she has had “no relationship” with. She was even open to taking a lie detector test to prove that she's telling the truth.

While she acknowledged that she hurt those close to her, Woods stressed that she didn't deserve all the hate that she's been getting and was concerned about the safety of her family.

When asked if she has spoken to Khloé, Jordyn said, “I have spoken a little bit to her. I let her know that I'm willing to do whatever it takes for her piece of mind, not for my image, not for my career, because that's already something on its own.”

Did she apologize to Khloé? She said, “I did, as much apologizing as I could do over the phone, over text.”

After the episode was released, Khloé called out Jordyn, tweeting, “Why are you lying @jordynwoods ?? If you're going to try and save yourself by going public, INSTEAD OF CALLING ME PRIVATELY TO APOLOGIZE FIRST, at least be HONEST about your story. BTW, You ARE the reason my family broke up!”

While others believe the drama is a “publicity stunt,” Woods said, “I wish I could say this was a publicity stunt, but it's my real life and real people are hurting.”

As for why she spoke out, she said, “I can't see my family get hurt anymore.”

Before going into detail about her story, Woods received words of encouragement from Jada's husband Will Smith, who was close friends with her late father.

Jada, who has known Jordyn all her life, stressed the importance of compassion before addressing what happened. 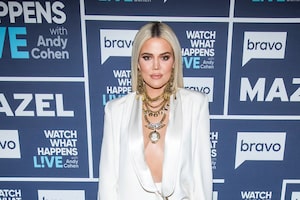 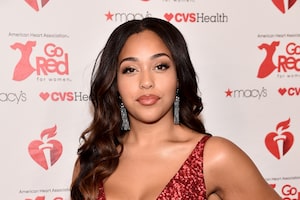 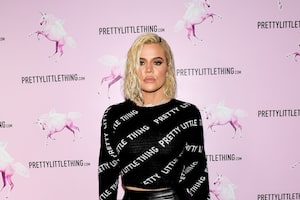