Eklund and husband Derek Kaplan welcomed daughter Milla and Fredrik Jr. with the help of a surrogate. Fredrik announced the baby news on Tuesday with a pic of him and Derek kissing while holding their bundles of joy!

He captioned the Instagram photo, “Happiest moment of my life. Welcome Fredrick and Milla to the world.”

In August, Fredrik announced that they were expecting. At the time, he said, “We've been blessed two times over - we're six months pregnant with twins, a boy and a girl!" 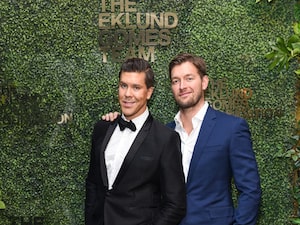 The pair has been trying to have a family for a few years. In 2015, Fredrik and Derek were faced with some heartbreaking news after their previous surrogate suffered a miscarriage. Fredrik told The Daily Dish, "We had multiple miscarriages, and the first one, I share that on the show. And then as that was airing, we had our second one... At the time, it was like, 'Why am I doing this to me and Derek?' But it's gonna all make sense soon." 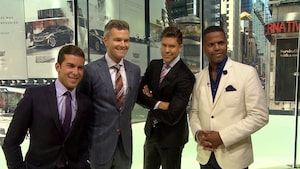