Jamie Lynn Spears' daughter Maddie is making some progress since her ATV accident on their Louisiana property.

On Tuesday, Maddie awoke for the first time since being rushed to the hospital on Sunday. Tangipahoa Parish Sheriff's Department told People magazine, "With her father, mother and stepfather by her side, Maddie regained consciousness mid-day Tuesday, February 7. The 8-year-old daughter of entertainer Jamie Lynn Spears was involved in an ATV accident at a family home Sunday in Kentwood, La. Paramedics resuscitated her and she was airlifted to a local hospital. She is aware of her surroundings and recognizes those family members who have kept a round-the-clock vigil since the accident.”

“Doctors were able to remove the ventilator today and she is awake and talking. Maddie continues to receive oxygen and is being monitored closely but it appears that she has not suffered any neurological consequences from the accident,” the statement continued.

Following Maddie's hospitalization, her famous aunt Britney Spears flew to Louisiana to be with her family. On Monday, she asked fans for prayers, saying, "Need all the wishes and prayers for my niece.”

A close family friend recently opened up about Maddie's recovery, telling Gossip Cop, “It's truly been amazing. She's responded miraculously every step of the way.”

Jamie's husband Jamie Watson also took to Instagram to share an update, writing, "Thank you to everyone for the prayers. Maddie is doing better and better. Thank y'all so much." 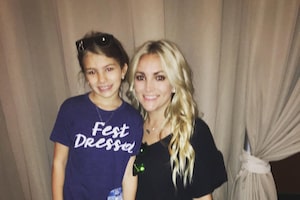 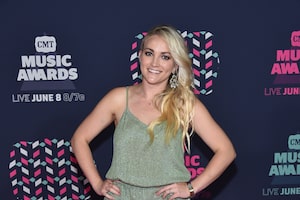 Jamie Lynn Spears Opens Up About Leaving the Spotlight, and Making a Comeback 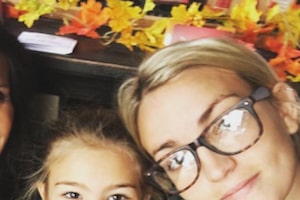