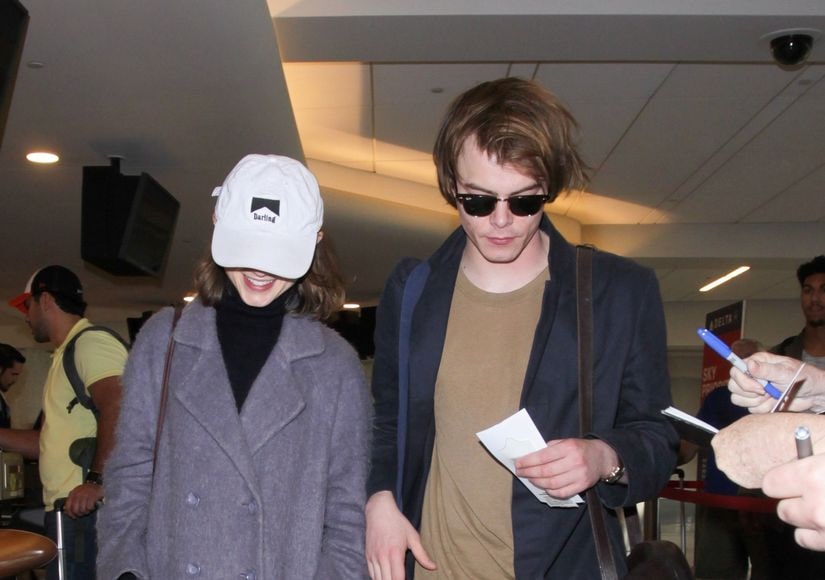 Charlie Heaton's “Stranger Things” character has a thing for Natalia Dyer's character, but it looks like there could be a real-life relationship blossoming between the two!

On Sunday after the 2017 Golden Globes, the duo, along with castmate Joe Keery, headed to the Warner Bros. after-party where the the 19-year-old actress shared a photo on Instagram of them enjoying the evening.

She wrote on the post, "What a night✨ many thanks to @netflix @instylemagazine @marcmena @desiraecherman @zacposen and the st fan 💕”

Monday, they were spotted navigating their way through LAX. Shielding her face with a hat, Natalia was trying to stay hidden, with Charlie behind sunglasses.

Today, the the 22-year-old Englishman snapped a pic in Dyer's shoes and captioned the photo, "@nattyiceofficial Need my converse back!”

The hit Netflix show is currently filming the highly-anticipated second season in Atlanta, and if these two make it official, fans could get what they wanted in season one!