“Spider-Man: Homecoming” won't be heading to theaters until 2017, but Marvel is giving a sneak peek into what you can expect — including the continuation of the “Civil War” team-up of Spider-Man and Ironman. Robert Downey Jr. is back as a mentor to the young superhero.

Recently, “Extra” caught up with RDJ. Mario Lopez asked him what we can expect from his character. “What can I tell you? What can I tell them? Next to nothing,” he replied. His wife Susan added, “I know, I guess you just have to watch the teaser.” Robert smiled, saying, “She's an honorary Marvel executive, so usually it's, 'Just don't say a damn thing.'”

While Peter Parker feels he is ready to be a superhero, Tony Stark reminds him that his isn't ready yet to save the world. This only makes Peter more eager to prove him wrong.

Meanwhile, Peter has a new love interest in school, Liz Allan, played by actress Laura Harrier. While Peter and his best friend Ned are crushing hard, a classmate played by Zendaya tells the two they're “losers.”

We also get to see more villains in this movie, including the Shocker and one of Spidey's oldest nemeses, Vulture — who has had a serious upgrade. 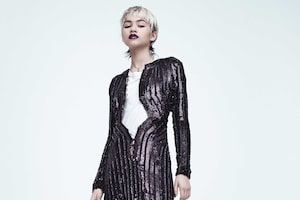 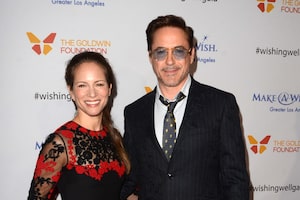 Robert Downey Jr. on His Blockbuster Franchises and Holiday Plans 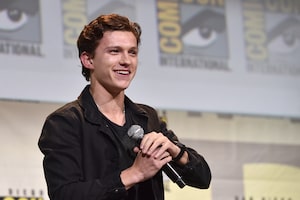 Tom Holland on Playing Spider-Man in 'Homecoming,' Tells Funny Story of a Kid On-Set Who Hated Him