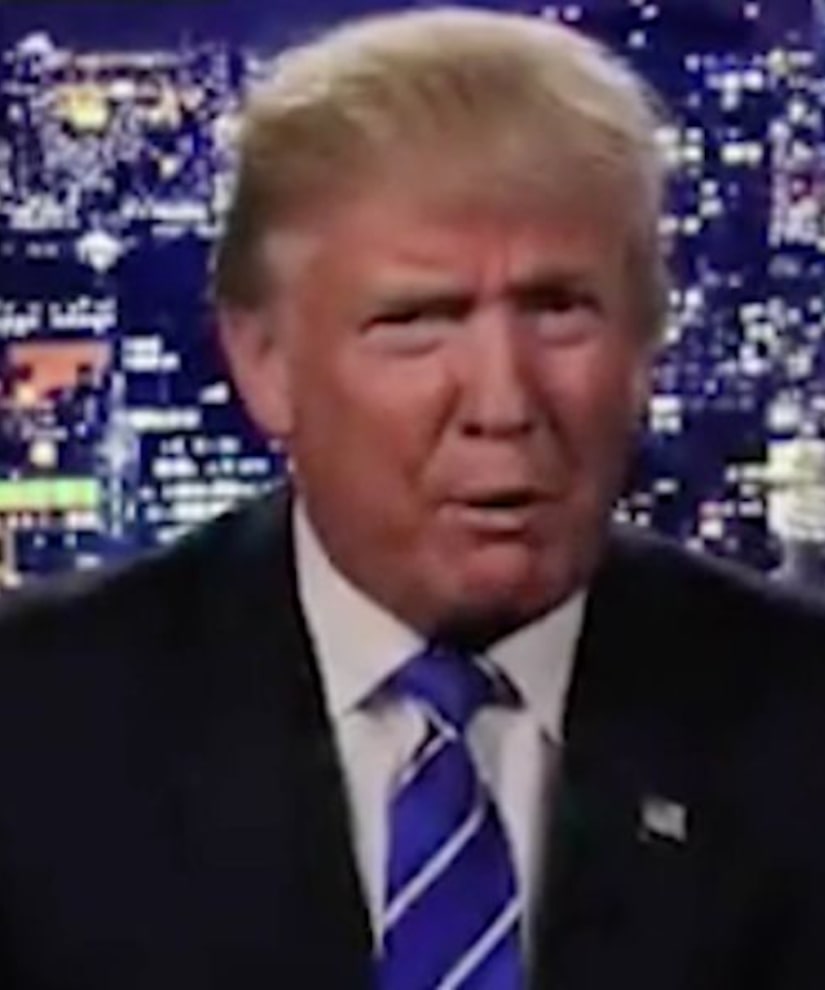 An video released yesterday that contained remarks by Donald Trump that he kisses women before they give permission and that his fame allows him to "grab them by the p*ssy" sent the Republican presidential candidate into damage-control mode.

People magazine reports that Trump's comments with a TV host — which he had previously chalked up to little more than locker-room banter — led Trump to issue a video apology... of sorts.

In the video viewed by 10 million people overnight, Trump said, "I never said I'm a perfect person nor pretended to be someone that I'm not. I've said and done things I regret and the words released today on the more than decade-old video are one of them. Anyone who knows me knows these words don't reflect who I am."

In the most direct apology he has issued on any topic during his controversial campaign, Trump went on to say, “I said it, I was wrong, and I apologize."

Still, he was anything but cowed by the media frenzy — which includes a damaging New York Daily News cover and countless Twitter weigh-ins — turning his apology into an attack on his opponent, Hillary Clinton, whom he will face in a second debate Sunday night. 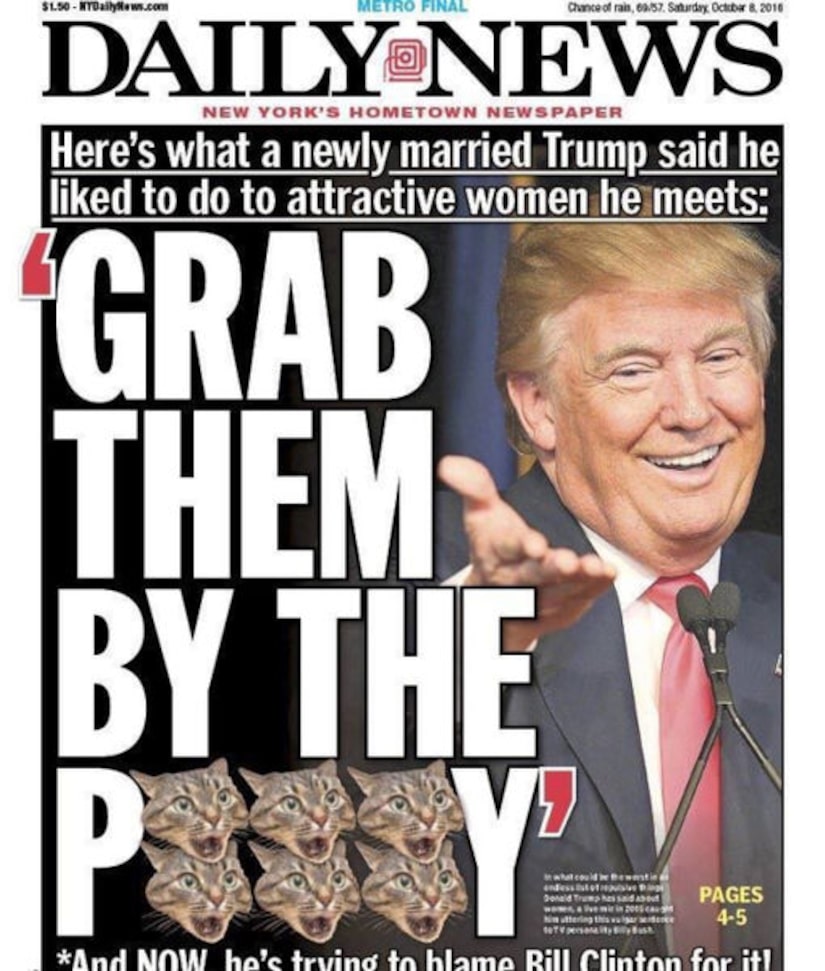 “Hillary Clinton and her kind have run our country into the ground. I've said some foolish things, but there's a big difference between the words and actions of other people. Bill Clinton has actually abused women and Hillary has bullied, attacked, shamed, and intimidated his victims. I pledge to be a better man tomorrow, and will never, ever let you down. See you at the debate on Sunday."

This is horrific. We cannot allow this man to become president. https://t.co/RwhW7yeFI2

Hillary Clinton's immediate response to what social media has named the #TrumpTapes was to call Trump's remarks "horrific" and to urge Americans not to "allow this man to become president."

Other politicians, commentators, and celebrities are also reacting on social media:

As the grandfather of two precious girls, I find that no apology can excuse away Donald Trump's reprehensible comments degrading women.

This kind of behavior is disgusting. It makes me sick to my stomach. https://t.co/mOUKgr6axl

There are no excuses for Donald Trump's offensive behavior. Cindy & I will not vote for him. My full stmt: https://t.co/MOw0rx4LSI

I ask the question again this morning: "What else does GOP leadership need to see from Donald Trump to disavow him, ask him to resign? What? https://t.co/nllYAtsQnO

I will not vote for Donald Trump. Read my statement here: pic.twitter.com/F8zajgDZpg

As proud as I am to label myself a Republican, there is one label that I hold above all else - American. My full statement: pic.twitter.com/biRvY8S3aZ

If you have any more excuses about him after watching this, God have mercy on your soul. https://t.co/Xi8Xba3ijw

All those defending Trump to me: saying "pussy" ain't the issue. Saying he just "grabs" it is the problem. Y'all are defending wrong word.

Ask a rape survivor if "grabbing them by the pussy" is just some locker room talk.

Any woman, and anyone who was born of a woman....how can you vote for this garbage monster? https://t.co/Ngh3uqwwGE

While everyone is rifling a thesaurus for synonyms, how about a dictionary to name it properly: sexual assault remarks.#pussygrabber https://t.co/VCtWRy9KLl

I don't believe we are responsible for our parents actions but HOW can his children stand by & continue to justify, defend and support him?

Whether you feel it consciously or not, hearing these words out of a candidate's mouth is a threat. Take care of yourselves this weekend.

I mean, no candidate is perfect but I'm gonna go for the one who won't "Use a tic tac" & then "Grab me by the pussy."

As a producer on seasons 1 & 2 of #theapprentice I assure you: when it comes to the #trumptapes there are far worse. #justthebegininng